The 10 Most Heartbreaking #IfIWasGunnedDown Tweets You Should See 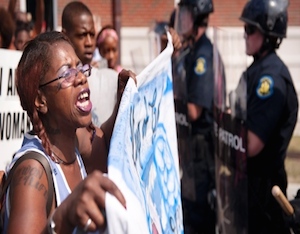 Things are already becoming a lot worse for people in Ferguson, Missouri, before anything has remotely gotten better.

It’s been 72 hours since the shooting death of 18-year-old high school graduate, Michael Brown, and the name of the cop responsible for pulling the trigger has yet to be revealed. That information is expected to be announced today and residents in the area are hoping for full details on the incident. Should this not happen, it appears civility could be threatened in that region.

To make matters even worse, if Brown’s family wants toÂ know the person responsible, it’s up to their attorney to convince the courts to instruct the authorities to do so. As OpFerguson and Anonymous attempt to hack the police database to release the name of the cop who pointed his firearm to the masses, we can only wait patiently to see what is to become of the person involved in this tragic event.

RELATED: 15 Most Influential #BlackLifeMatters Tweets You Should See

Following the outrage, the looting, the grief, and overall shock, various hashtags have been trending on Twitter. We’ve been attempting to keep up with them in the hopes of adding to the growing discussion about what a black life means in America. After #BlackLivesMatter, #IfTheyGunnedMeDown shifts the focus of a populace’s angst to the depiction of minorities.

Whether it means alluding to Trayvon Martin’s affinity for marijuana usage, or suggesting Renisha McBride was “prone to aggressive behavior,” the law and its enforcers are seemingly perpetuating the notion that a black life—no matter where that person is headed–only amounts to violence, thuggery, with gang and drug affiliations.

Black Enterprise once again joins the growing discussion about black life in America by profiling the 10 most heartbreaking #IfIWasGunnedDown tweets you should see. Feel free to speak on the situation, your own experiences, and more in the comments section below.