The 17 Craziest #WarOnWhites Tweets You Should See 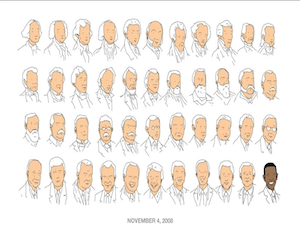 The Internet can be a scary place if you don’t know how to navigate it safely. Much like the real world where taking the wrong step can get you hurt, uploading yourself to certain websites can impact you in ways unfathomable.

On Monday afternoon (Aug. 4), the two worlds converged as Alabama Congressman Mo Brooks attempted to bring to light the Democrats plan to wage “war on whites.” While on “The Laura Ingraham” radio show, the two were discussing last week’s immigration bill failing to come to a vote. When asked about a recent statement made by a National Journal writer about Republicans never winning over Latino voters, Brooks responded controversially.

“This is a part of the war on whites that’s being launched by the Democratic Party,” he said. “And the way in which they’re launching this war is by claiming that whites hate everybody else. It’s part of the strategy that Barack Obama implemented in 2008, continued in 2012, where he divides us all on race, on sex, greed, envy, class warfare, all those kinds of things. And if you look at the polling data, well that’s not true.”

The comments stoked an old fire within the Twittersphere that used the hashtag #WarOnWhites to empower the rhetoric. With no rephrasing, only retweets as these Twitizens ammunition, we spotlight the 17 craziest tweets that you should check out. Enjoy!