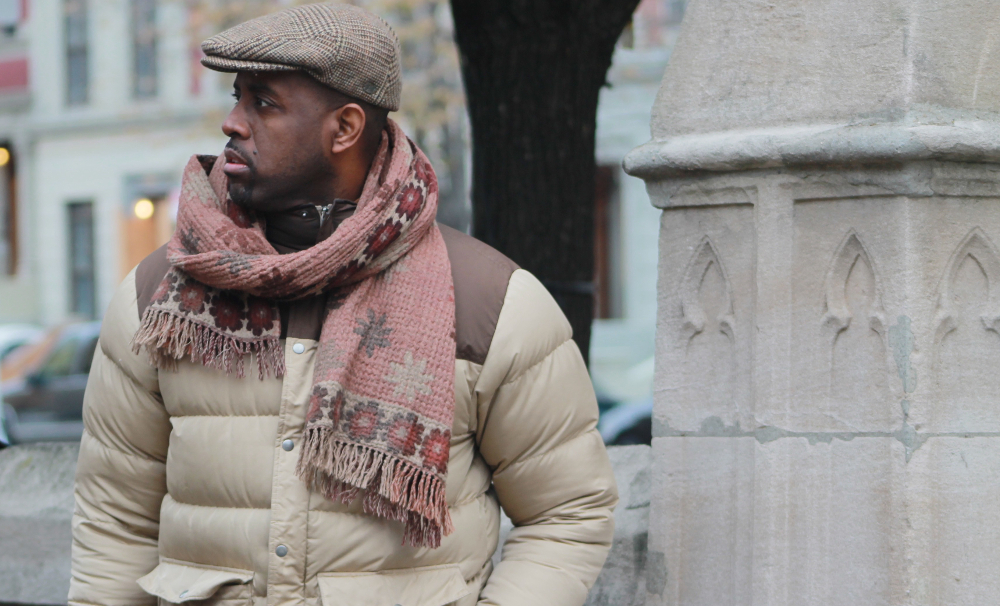 I have contributed/changed the advertising and marketing industry by: Being versatile in my ability to create unique content for people to digest and find value in.

Esquire Magazine, Inc. Magazine, Slam Online, and the Bleacher Report are just a few of the media publications that writer and digital content producer Khalid Salaam has penned for. A professional writer and editor for 13 years, Salaam has built his career in a variety of roles.

Coming from a  hardscrabble background, going to college and producing content for some of the largest media outlets in the world seemed unfathomable for Salaam. ” When I walked off the graduation stage I immediately banged on my chest, pointed towards the sky and then towards my family and then cried,” Salaam tells BE Modern Man. “I wish someone would have videotaped it, because that moment was the purest thing I’ve ever felt.”

This purity is displayed in written form and is just one of the ways that Salaam sets himself a part in the industry. “I have many interests and I allow myself the chance to chase them all,” says Salaam. Those who know me well can vouch for my ability to opine on any number of topics.” This ability is reflected in the many different genres that he s able to write about. From sports to business and even fashion, Salaam is flexible. “Everything is about niche right now, but I still believe in the value of versatility. It’s really, really hard to box me in.”

Today’s media, advertising and marketing landscape is driven by popular culture, which is by and large a derivative of black culture. Black culture is bigger than sports and entertainment, and Salaam believes our presence in the media landscape must reflect that. “We need to break up monolithic expectations of black people,” Salaam tells BE Modern Man. “We don’t all watch Empire.” Partnering with Contagious, Salaam is working on a project with advertising agency Lapiz to address this issue through a campaign that concerns demographics. “It hasn’t yet been released to the public, so I can’t say much, but it was really fun and informative to contribute to its existence.”

A outspoken man who refuses to be boxed in, Salaam says that being a BE Modern Man means he is not being defined by the past. “We are still in the beginning stages, but we are charting a future in which we will not be confined to the margins. There are two America’s in the Black community as well. There are a lot of people that are forgotten and downtrodden who need to be uplifted. I say that not to guilt anyone who has made it the “next level”  or any high standard, but only as a reminder that in many ways, we’ve really only just begun.”

The BlackEnterprise.com team salutes Khalid Salaam for his ability to adapt and remain flexible in his content creation process. We are honored to call him a BE Modern Man and look forward to reading his pieces across various genres in many of the top publications in the world.