Rashad Drakeford sits in a very unique position. In his role as the Director of Brand and Integrated Marketing at Revolt, the Hampton University alum is a part of the marketing efforts at the “real-time, socially connected television network. With pit stops at Madison Square Garden Company and IMG, Drakeford is positioning himself as an expert within the advertising and marketing space.

Advertising and compelling marketing campaigns play a significant role in driving business, inspiring consumers, and growing a product or service into a livable and breathable brand that helps people in their everyday lives. Sports and entertainment are two mediums in which powerful ad campaigns and marketing initiatives bring people closer to the product.

There are two campaigns that stick out amongst many that Drakeford has had the opportunity to work on. “REVOLT and Ford’s “Go Further” campaign, which has been an incredible initiative to date really stands out,” Drakeford tells BE Modern Man. “Together, we’ve been able to give artists an opportunity to really share their inspiring stories with the world and the response has been great across TV, digital and social. Major salute to the entire REVOLT Integrated Marketing and production teams who collaborated on this effort.”

Most recently the well known and highly visible campaign for the movie Straight Outta Compton quickly jumps to his mind. “The Beats By Dre “Straight Outta Somewhere” campaign, which may be the best social media campaign ever has had a huge impact on the social media marketing landscape,” says Drakeford. “I’m glad REVOLT was able to participate in that campaign with Beats By Dre. I think what made this campaign so powerful was the fact that it allowed everyone to authentically tap into their hometown, college, or family pride and share their unique story. No matter your class, race or gender, you were able to add your voice to the social conversation seamlessly.” 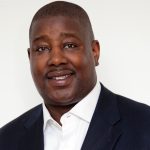 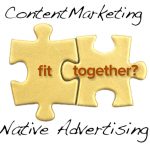