The 2010 edition of The Apprentice, NBC’s business reality show starring and executive produced by real estate mogul Donald Trump, premiered on Thursday, fielding 16 candidates competing for a $250,000 job contract with the Trump organization. By now, the format is familiar: Each week the contestants, divided into two teams, must complete a business task. The winning team is rewarded; the losing team must report to the infamous boardroom, where one member will be fired by Trump, who is assisted by his children and Trump organization executives Ivanka Trump and Donald Trump Jr. The 2010 version of The Apprentice returns to its original premise of a competition of business professionals and entrepreneurs, eschewing the celebrity competition of the past three installments of the reality TV show. The common thread connecting the 16 candidates for this season is that all of them are trying to jump-start careers stalled or disrupted by our nation’s most recent recession. The 2010 edition of The Apprentice features three African American job candidates:

Kelly Beaty, 30, holds a bachelor of arts degree in political science from Spelman College and a master’s in public communication from American University. A former intern at Black Enterprise, she established a career as a rising star in the high-profile public relations industry before losing her job.

Gene Folkes, 46, earned a bachelor of science degree in business from Morris Brown College and served in the U.S. Air Force before launching a career as a financial advisor. The Jamaican-born Folkes has been living off of his savings and trying to launch an assisted living facility since being laid off.

Liza Mucheru-Wisner, 30, founder of an educational technology company who was born in Kenya and, as part of the Kenyan National Golf Team, was recruited to play golf at Texas A&M Corpus Christi, where she earned bachelor’s and master’s degrees.

Beginning this week, and with each task of The Apprentice 2010, I will post performance reviews of the candidates, their teams and their project managers. In addition, I will assess the performances of Kelly, Gene and Liza for as long as they remain in The Apprentice talent pool. You can also follow and discuss my commentary on Twitter and Facebook.

Leadership Lesson: Delegating responsibility for a decision does not equate to giving up accountability for the decision.

The competition starts out with the candidates divided into teams by gender. The men choose to name their team Octane; the women choose Fortitude.

TASK 1: Design and build an “ultra-modernâ€ workspace at the Trump Building at 40 Wall Street in lower Manhattan. The teams and their results will be judged on “execution, functionality and originality.â€

Since no one on the men’s team seems to want to take on the role of project manager for the first task, Wade Hanson, a 33-year-old realtor, nominates Gene, in part because of his military experience. Gene is nearly unanimously supported as leader (with the exception of David Johnson, a 34-year-old unemployed sales professional). However, the members of Octane are initially frustrated by what they feel is his failure to provide a clear vision and strong direction. When Gene pushes for a “green themeâ€ for their project, James Weir, a 31-year-old attorney, complains that “Gene has no ideaâ€ what that means. Gene, for his part, admits that working full-time after three years of unemployment takes some adjusting. His communication and collaboration skills seem rusty. Early on, Gene fails to give clear direction, nor does he offer solid ideas or effectively solicit them from his team. This lack of firm, clearly defined leadership erupts in a dispute between Clint Robertson, a 40-year-old real estate attorney and developer, and David over the task of securing plant and floral arrangements for the space. Finally, with David acting in clear insubordination to his authority, Gene is forced to assert himself, confronting David and ordering him to sit out the task before dismissing him and walking away. 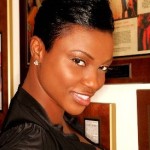