The 2010 edition of The Apprentice, NBC’s business reality show starring and executive produced by real estate mogul Donald Trump, features entrepreneurs and professionals competing for a $250,000 job contract with the Trump organization. Each week the contestants must complete a business task. The winners are rewarded; the losers must report to the infamous boardroom, where at least one candidate will be fired by Trump. This edition of The Apprentice features three African American job candidates: Kelly Beaty, Gene Folkes and Liza Mucheru-Wisner.

Leadership Lesson: There’s more to being a leader than holding a title. This is not a spectator sport–there is no excuse for not being on the ground with the troops on an important project. It’s not enough to have the right answer–a leader must ensure that the solution is implemented and executed.

TASK 6: Design, sell and conduct competing pedicab tours of New York City. All candidates must test for a license to drive the pedicabs; those who fail to earn a license cannot drive. The team that makes the most money on their tour wins.

Kelly, the star of Fortitude’s victory on the Rockport Fashion Show task, finally gets a shot to be project manager. Octane is led by Anand Vasudev, leaving Stueart Martens as the only surviving males yet to lead as project manager.

Anand and his team–with the exception of, you guessed it, David Johnson–rally around a Roman chariot race theme for their pedicab tour. Clint Robertson suggests pre-selling tour tickets to get a jump start on sales, an idea that Anand quickly approves. Without Gene (fired on Task 5) to serve in his unofficial role as babysitter for David (now nicknamed “The Virus”), Anand, Stueart and Clinton are long past their ability to tolerate his antics. However, they are able to get past the distraction, choosing to target tourists right in front of the Trump Building on Manhattan’s 5th Avenue. On the day of the tours, they enjoy steady business, with Anand personally taking point on sales.

Fortitude begins the task with a manpower advantage over Octane, six women to four men. They immediately lose some of that advantage when Kelly and Mahsa Saeidi-Azcuy fail to earn their pedicab licenses (everyone on Octane passes the test), leaving only Stephanie Castagnier, Poppy Carlig, Brandy Kuentzel and Liza to conduct tours. Kelly failing the pedicab test proves to be the least of her shortcomings as project manager, as she makes mistake after mistake. She puts Stephanie, a Canadian by way of Chicago, in charge of choosing Fortitude’s tour location. Not only does Stephanie not know New York City, Kelly, who has worked in New York, inexplicably stays in the suite at Trump Tower, “leading” on the task via cell phone while Stephanie, Mahsa, Poppy and Brandy drive around Manhattan in a van. Worse, when Stephanie calls Kelly to say that they’ve chosen the Wall Street area, in order to target wealthy men with a “Babes on Bikes” theme, Kelly allows them to go forward with the plan, despite knowing that tourists are the target customers. This disastrous decision dooms Fortitude, as there are few tourists on Wall Street, just workers who aren’t going to take time from their jobs (or even their lunch break, the only time Fortitude got a little business) to tour their own city.

The Result: Another lopsided win, this time for Octane, which generated sales of more than $950, against only $320 for Fortitude.

Who I Would Have Fired: There’s no way not to fire Kelly, which is disappointing given how she shined as the person most responsible for Fortitude’s victory on Task 5, the Rockport Shoes fashion show. Unfortunately, as project manager, Kelly literally phoned it in on this project, functioning as a leader in name only. Given that she couldn’t even drive a pedicab and was not a sales leader for her team (by her own admission), it’s hard to imagine a worse performance. For Kelly’s fans and supporters, this one had to be hard to watch.

Interim Evaluations of the Black Candidates: With Gene and Kelly getting fired on consecutive tasks, Liza is the lone remaining black candidate. Liza survived despite the fact that Kelly, her only defender among the ladies of Fortitude, pointedly withdrew her support after Task 5.

Dead Men Walking: I’m keeping David and Mahsa on this list. I’m also adding Brandy and Stueart. With the exception of her performance as Fortitude’s fashion show emcee on Task 5, Brandy has been a non-factor at best and the source of at least a couple of Fortitude’s failed ideas, including the underwhelming people-eating-popcorn-at-the-gym idea for Task 4. I really like Stueart (who doesn’t?), but I think of him, I see a great guy to have on the team, not a leader. He’d have to impress me as a project manager to change my mind. I don’t see that happening.

Who Will Be The Next Apprentice?: Of the remaining candidates, I believe Anand, Clint and Stephanie (in that order) have the best chances of landing the job contract with Trump. Plus, I will add my long-shot pick: Liza. The fact that none of the other women like or respect her will be a lot for her to overcome, but seems to have absolutely nothing to do with her actual performance. For her to make it this far, with almost no allies (Trump absolutely seems to like her), says to me she must have something going for her. If Liza can get a big win as a project manager (she and Brandy are the only surviving women who’ve yet to lead as project managers), she will officially be a force to be reckoned with. If Trump abandons the men-versus-women theme on the home stretch of this competition, as he has done in past seasons of The Apprentice and Liza hasn’t been fired yet, the odds of her winning shift dramatically in her favor.

Who do you think will be the next apprentice? Can Liza win? Will Mahsa make me eat my words? Leave a comment and let’s talk about it! 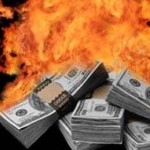 The 7 Deadly Sins of Money Management 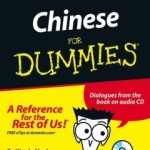 A Black Businesswoman in China: Learning The Language (Part 3)

FacebookTwitterYoutube
← The 7 Deadly Sins of Money Management ← A Black Businesswoman in China: Learning The Language (Part 3)
×