The Black Patriot in America 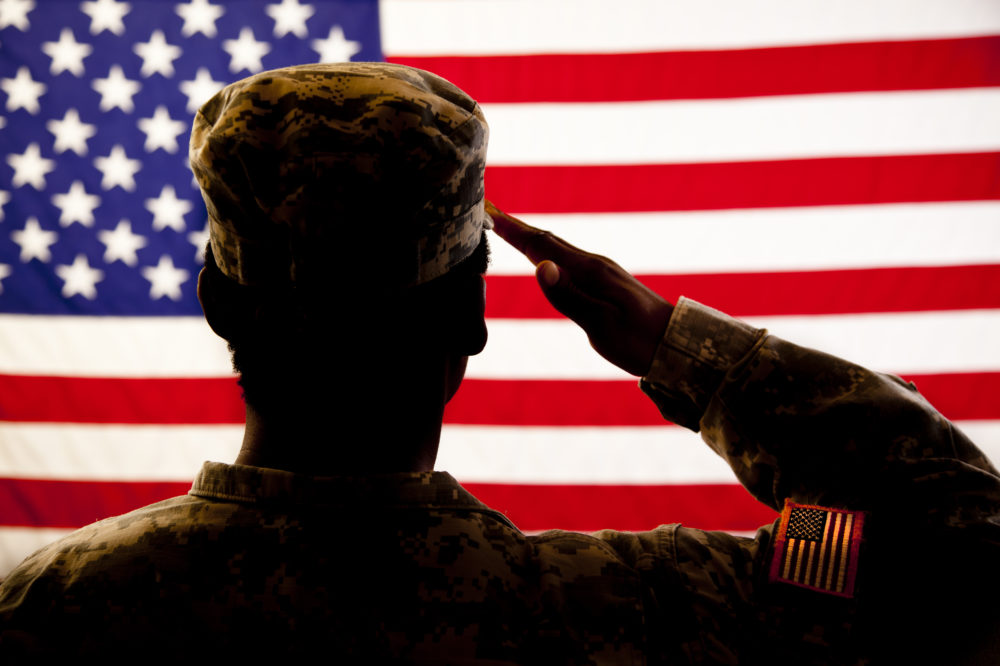 The documentary “For the Love of Liberty: The Story of American’s Black Patriots,” a two-part series, tells the untold story of America’s black patriots, and sheds new light on American heroes. In the same vein, it’s a story that continues to be neglected.

Frank Martin took on this project, which morphed into a 10-year journey to direct, co-write, and produce this documentary, while running up against barriers of network resistance and financial problems–all with a total staff of four. However, this film relives accurate accounts of the black soldier’s (male & female) experience, that as director Martin says, “is a part of American story.”

From the early struggles before the Revolution to the U.S.’s current battles against global terrorism, African Americans have risked their lives in defense of this nation. Their struggle has been as painful as it was heroic — their sacrifices profound and their enormous contributions largely ignored, according to the producers of the film.

While it would be easy to use historical facts to tell this tale, “For Love of Liberty” takes the narrative a step further and makes it about the heroes who defended the nation. The film is another account of the role that African Americans played and how much they truly make up the fabric of American culture.

“I decided on Halle Berry because I felt she would soften the story and engage the audience, and the move was different and unexpected,” says Martin. “We wrote a lot of letters and Halle Berry was the first person we wrote to.”

The choice of Berry also highlights the important role that women had throughout the history of war in America. Martin draws attention to a group of women that had a vital function in regards to the state of morale of the American soldier. “The 6888th Postal Battalion — better known as the Six-Triple Eight — job was to make sure soldiers received their mail, the slogan was, ‘No mail, no morale.’

Comprised of nearly 1,000 women based in England and France, the black women in this Army battalion made sure millions of soldiers received their mail. In February of 2009 individuals like Mary Crawford Ragland and Alyce Dixon were finally honored by the Army Chief of Staff and Secretary of the Army.

Rudy Poe, James L. Crite, and Martin along with writer Jeff Stetson completed the research, compiled the data, and assembled the content for the film. That part was the easy part, says Martin. When he received the film it was 85% done. The issues arose on the backend during the editing, scoring, and marketing of the project which caused Martin to make sacrifices, including taking out a second mortgage out on his home.

Funding was hard to come by in completing the film. The Showtime channel initially financed it, but when they learned the film would be four hours instead of 90 minutes — as they preferred — the company pulled out. The company allowed Martin to keep initial investment funds and told him to pay them back when he could. “That was really nice of them,” Martin says.

When asked about why other networks didn’t back the film, he recounted his meeting with the History Channel, saying, “The History Channel told me, black people don’t watch the History Channel.” Shocked and confused, Martin kept proceeding with the production of the film determined that this story would be heard. “I don’t know why networks don’t support stories like this. I just don’t get it,” he says. He would finally receive huge backing from the U.S. Bank and the U.S. Army.

In the end, Martin was left with a myriad of soldier’s stories that will stick with him for the rest of his career and personal life. He elaborated on Staff Sgt. Ruben Rivers, a soldier in the 761st Tank Battalion who would repeatedly get pushed to the back of the line but would always fight to get back to the front. Rivers would receive the Medal of Honor 50 years later. Stories like this are now a part of Martin’s DNA, and he’s realized how fortunate he was to tell the stories of Rivers and others like him. “The biggest highlight for me was being able to go to the grave sites of these individuals who were fighting two wars, the war abroad and at home.”

FacebookTwitterYoutube
← USDA, Black Farmers Reach Settlement ← How to Tell if You Need a Financial Planner
×