The California Black Freedom Fund has recently announced it is investing nearly $9 million in general operating grants to 74 Black-led groups across the state of California as part of its commitment to resource, connect, and strengthen Black-led power-building organizations in the state.

“The critical work of combating anti-Black racism calls for funders to work together in order to achieve real scale and impact,” said Miguel A. Santana, president, and CEO of the Weingart Foundation in a written statement.

“The California Black Freedom Fund is a powerful vehicle to advance the Weingart Foundation’s commitment to racial justice. Along with efforts such as the Committee for Greater LA’s Black Experience Action Group, we are collectively building momentum for change.”

This is the second round of grantmaking and the fund is awarding grants to many Black-led organizations in the state of California.  The areas included: San Francisco Bay Area, Los Angeles County, Northern California, Inland Empire, San Diego — Imperial, Orange County, San Joaquin Valley, and Central Coast. The California Black Freedom Fund is providing operating support grants to Black-led organizations with operating budgets of $1 million or less. The full list of grantees can be found here.

The California Black Freedom Fund launched this past February as the first-of-its-kind fund, which was co-created with Black leaders and organizers. The Fund ensures that California’s growing ecosystem of locally rooted Black-led organizing efforts have the investments and resources needed to eradicate systemic and institutional racism.

“The road to justice requires those with privilege and power to leverage every platform and resource available to amplify the voices that have often been silenced,” said Sandy Herz, president of Sobrato Philanthropies. “We are deeply grateful to be working with Silicon Valley Community Foundation and others as effective allies and supporters in this vital movement to sustain, build upon, and accelerate the Black-led racial justice movement underway in California. The depth and diversity of the organizations that applied and have now been funded with unrestricted general operating grants through the California Black Freedom Fund give us great hope for a racially just California of the future.” 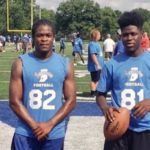 Illinois Brothers Jailed For One Month In Miami And Never Charged, One Loses College Scholarship 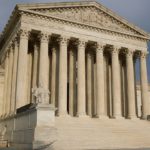 Supreme Court Shows It Has A Heart, Leaves Eviction Moratorium In Place

FacebookTwitterYoutube
← Illinois Brothers Jailed For One Month In Miami And Never Charged, One Loses College Scholarship ← Supreme Court Shows It Has A Heart, Leaves Eviction Moratorium In Place
×