The Cosby Verdict: Heathcliff Huxtable Would Have Cheered for #MeToo [Opinion] 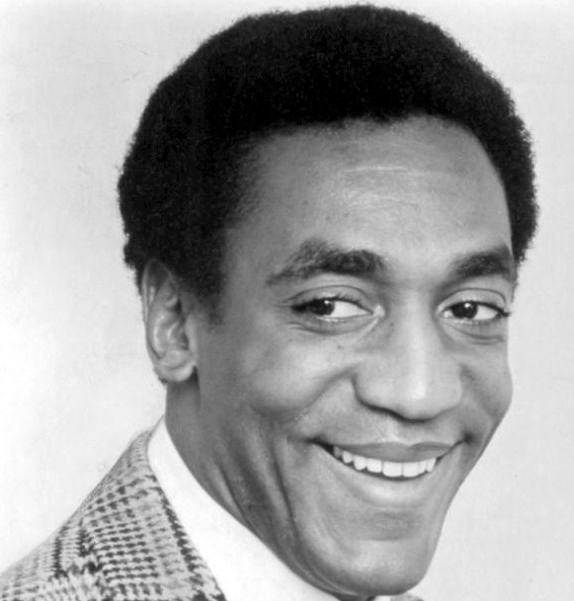 The Cosby Show premiered on Thursday, Sept. 20, 1984, at 8 PM. I remember it well because I had commandeered the television in the common room of my Smith College dorm to watch it. That meant that anyone else intent on watching TV (most of us didn’t have our own then, kids) was going to have to watch it too.

Only a few of my dorm-mates joined me that night, but our numbers steadily grew until the show became a weekly destination, complete with freshly popped popcorn and dozens of women piling in to watch. For the record, I was one of only three black women in a dorm of 67, many of whom didn’t know any other black people—at least not personally. Although we lived and ate together, many of them barely even knew us.

To this day, it’s hard for me to adequately convey the enormous pride, the joy, the RELIEF I felt as this beautiful showcase of black family life, black love, and black success introduced my fellow Smithies to the world I came from—a different world from theirs, to be sure.

I was just back from a year on exchange at Spelman College (model for The Cosby Show’s Hillman) where I’d traded my mostly white women’s college environment in largely white New England for the unmatched sisterhood of the premier women’s HBCU in the ATL. Maynard Jackson was mayor then, Jesse Jackson was running for president, and Vanessa Williams was crowned Miss America shortly after I arrived on campus. There was no shortage of budding women of power there with me either, including philanthropist Lovette Russell, AJ Johnson, wellness expert and founder of The AJ Zone, and Starbucks COO Rosalind Brewer.

From The Cosby Show’s first episode, there was so much to love about the Huxtables, not the least of which was that they were unapologetically affluent and black. From the stately Brooklyn brownstone they owned (so like my aunt’s on Carroll Street) to the black music they listened to, the black art on their walls, the distinctive clothes and hairstyles they wore, and the loving, playful way they had with one another.

At the center of it all was Dr. Heathcliff Huxtable, the endearing father/husband/physician/son/son-in-law/neighbor we all wanted to have/know/marry/be. The good doctor was a man of character and conviction, unfailingly playful and respectful at the same time. The show was many things, but above all it was an ode to Heathcliff’s devotion to his family, his community, and his patients (all of whom were female, by the way). Perhaps because it was called The Cosby Show and not The Huxtables, we equated Cosby, the man, with the lovable guy he portrayed, morphing them into one and the same.

We now know that Bill Cosby is no Heathcliff Huxtable. Far from it. After a legal battle that spans two criminal trials, and multiple civil procedures dating back 18 years, Cosby has finally been convicted on three counts of aggravated indecent assault against a former employee of his alma mater, Temple University. At 80, he is facing potential jail time.

Cosby Verdict Is Another Unprecedented Victory for #MeToo

Cosby’s conviction, in one of the longest and most compelling such cases ever brought to trial, is being touted as an enormous victory for the #MeToo movement. Most of all though, it is a victory for all 62 of his accusers—including five who testified—many of whom lived in silence, shame, and a profound sense of powerlessness for years, and in some cases decades.

According to an article posted by NBC News, Lili Bernard, an accuser who was once a guest on The Cosby Show, wailed so loudly as the verdict was read, she had to be escorted out.

“I feel like my faith in humanity is restored,” she reportedly said through her tears.

Andrea Constand, the 45-year-old woman at the center of the trial’s allegations, has maintained throughout two trials (the first of which ended in a mistrial) that Cosby drugged and sexually assaulted her in his home in January 2004. Constand was widely reported to have remained stoic as the verdict was read.

I have tried to imagine what she must have been feeling beneath her mask of composure. I won’t presume to guess at her full mix of emotions, but among them was no doubt a sense of tremendous relief, and long withheld validation.

Constand and other Cosby accusers, who began surfacing in the public years before the recent (and ongoing) firestorm of accusations against other sexual harassers and predators in positions of power and prominence, have been largely vilified for years.

Even during this trial, Cosby’s lawyer, Kathleen Bliss, harped on Constand’s 2006 civil settlement payout of nearly $3.4 million and portrayed his accusers as pathetic, scorned, delusional, greedy liars. Bernard told NBC News that even the defense’s closing argument “was based solely on rape myths, on victim blaming, on victim shaming and on character assassination of …witnesses that were clearly telling the truth.”

Cosby, who is free on bail while he awaits sentencing, faces a maximum jail time of 10 years and a fine of up to $25,000 on each count. He’s an old man now. Self-righteous, seemingly arrogant, angry, and unrepentant, he bears no resemblance to the beloved idol he once created for the small screen. (Just the thought of his having chosen to portray a gynecologist and obstetrician, as opposed to any other kind of doctor, makes me shudder.)

Like most women, I’m relieved, satisfied—encouraged even—that his accusers have prevailed. And yet, it’s worth noting that their win in no way restores or compensates them for what they’ve lost.

In introducing Tarana Burke, mother of the #MeToo movement, at Variety’s Power of Women luncheon a few weeks ago, actress and passionate women’s rights advocate Viola Davis reminded the enrapt audience of what it means to be a victim of a sexual predator.

“I don’t think people really understand that when sexual assault happens to a woman she describes it like a death,” Davis said. “More than likely, she’s suffering from post-traumatic stress disorder, dissociative disorder, she has flashbacks, she has eating disorders, suicidal thoughts, depression. It is traumatic.

In accepting her award that day, Burke—a survivor herself—clarified what #MeToo really is: “Folks think that this is about blaming and shaming, they think it’s about taking down powerful men, but they’re wrong. Even the women who came forward around Harvey Weinstein didn’t ask for what happened to him. They didn’t even think it was possible. They were simply trying to be heard, trying to be seen and believed. That’s all most survivors want—to not be the only ones holding on to their truths.”

Amidst the Devastation: Renewed Resolve

Finally affirmed by a jury, Cosby’s accusers have been empowered. I am flooded with gratitude for their courage, hope for their healing, and deep admiration for their perseverance and resilience. But there is little to be happy about here.

These women’s lives were indelibly changed by Cosby’s criminal actions, which he continues to deny. And we—not just black Americans, but onetime Cosby fans worldwide, have officially lost another black male hero. That loss is devastating, and one we can ill afford.

But as I begin to contemplate the wreckage of all this on another Thursday evening 26 years after The Cosby Show finale, I am also sifting for the gifts, and here is what I know: First, the court’s affirmation of the women who testified against Cosby, affirms all women—especially those who have been afraid to expose the egregious acts of those they fear are unduly protected. Those unjust scales are now tipping once and for all.

Second, while Cosby is clearly no Heathcliff Huxtable, plenty of our men are. The loyal husbands and partners; the devoted fathers and grandfathers, and endearing uncles and brothers; the caring neighbors and hardworking earners and dedicated coaches and teachers and role models and leaders who know and show what true manhood is all about—daily—they are all around us. We cannot allow Cosby’s exposure in any way to diminish or distract us from the lesser known heroes among us. In fact, we need to celebrate and encourage them even more. (Consider this your personal invitation to BE’s Black Man XCEL, next Labor Day weekend.)

Plenty of men understand that treating women, and all of humanity, with utmost care and respect is a core principle of true manhood. Ironically, this, perhaps more than anything, was Heathcliff Huxtable’s hallmark. Thanks to these women, and this jury, this verdict reinforces that essential societal and cultural value. It also reminds us of how critically important it is to call out those who abuse and harass, no matter how wealthy or powerful or prominent they may be—including the so-called president of the free world. Because that’s what freedom is all about.

The outcome of this trial has further fueled the momentum of a movement that will not stop until a much larger victory is won. “We are a constituency, a power base, and we are no longer hiding in the shadows,” Tarana Burke said in a recent speech. “What started as a simple exchange of empathy between survivors has become a rallying cry, a movement builder and a clarion call.”