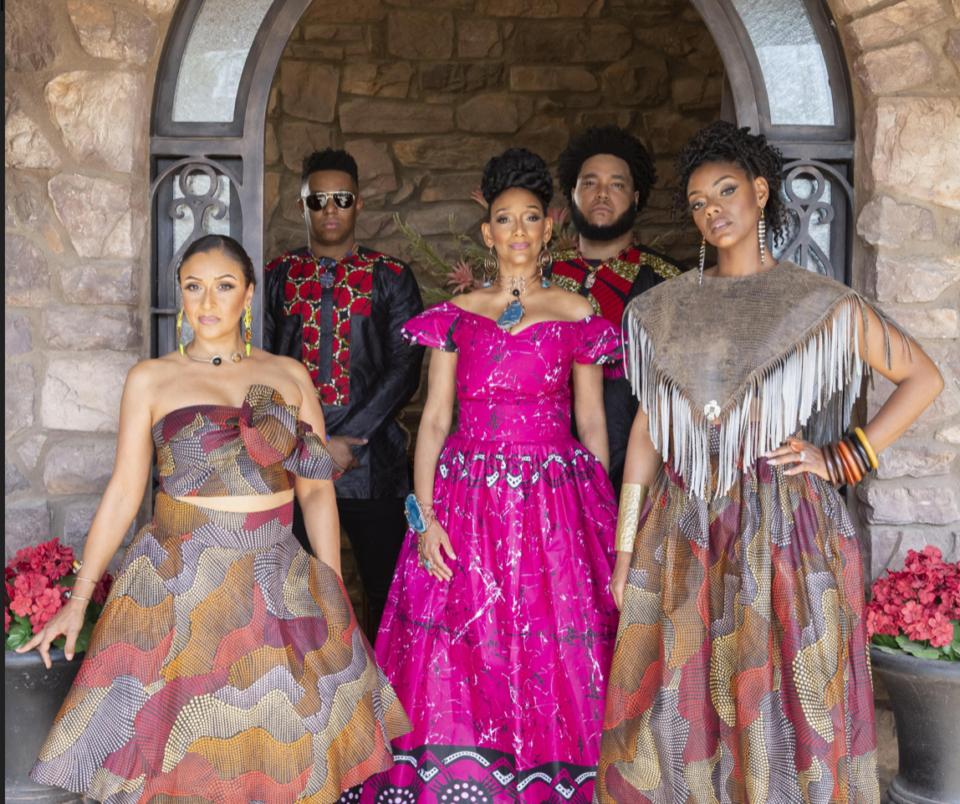 More than 50 years later, Sister Sledge, the matriarchs behind the timeless anthem, We Are Family, has inspired the second generation to tap into their own artistry.

As a song sung by sisters Debbie, Joni, Kim, and Kathy Sledge, with lyrics such as “We are family/Get up everybody and sing,” the 1979 hit represented the value of community, love, and familial connections. Its timeless message remains relevant today. As the Sister Sledge legacy evolves, the next generation leverages the power of their own voices and passions.

Debbie Sledge, one of the original sisters who formed the ’70s powerhouse group, announced that the band would be releasing new music as Sister Sledge ft. Sledgendary, she told BLACK ENTERPRISE.

This new music group breathes new life into the We Are Family mantra. The featured members include Debbie, her daughter Camille Sledge, her son David Sledge, nephew Thaddeus Sledge, the son of the late Joni Sledge, and vocalist Miss Tanya Ti-et who has performed alongside Debbie for nearly 10 years.

United with a fresh, multitalented collaboration, Debbie tells BLACK ENTERPRISE that the value of strong relationships significantly impacted the second generation of Sledges.

“Our journey has had an impact on our children,” Sledge said.

“They are affected by the way we’ve handled life’s challenges and victories, personally and professionally. We have had strong matriarchs in our family who’ve taught perseverance and faith, encouraging us and pointing the way.”

For Camille, her musical pursuits were motivated by watching her mother’s and aunt’s journey. “I was in awe at how gracefully my mom and my aunts would absolutely mesmerize an audience,” she said, having performed alongside her mother her entire life.

The singer-songwriter is also lead vocalist for the renowned Phoenix Afrobeat Orchestra in Arizona. When she’s not performing, she thrives as a community and social activist, as well as the founder of School of Hip Hop PHX — a Phoenix-based nonprofit that provides mentoring and hip-hop-influenced music programs to underrepresented intercity youth.

Although she grew up in a musical family, Camille recalls not having an outlet for her ambitions, so she took what she learned to fulfill a community need. She and her husband, William, decided to dedicate School of Hip Hop PHX to “helping young people find musical outlets, mentorship, get lessons and grow their music dreams.”

“We saw a void in our own city,” Camille said regarding what influenced her decision to open her school. “There were some programs but they were not easy to get to and they had large admission fees and, in this way, blocked many pathways for Black and brown children to partake in the benefits.”

In addition to empowering the masses through her music, Camille looks forward to expanding her foundation with plans for reconnecting communities.

“We are gearing to spread into more schools, travel to other cities, and countries, where we can spread the knowledge of giving young people of color the tools to be on a competitive playing field with their peers,” she said.

As the matriarch of the new group, Debbie has faith in the next generation to step in and carry on the family legacy through the power of storytelling.

“Through it all, I think this next generation is stronger and wiser. My hope is that they have learned that anything is possible when love, faith, and unity are at the helm,” Debbie said.

Sledge ft. Sledgendary is proud to announce the Feb. 18 release of their debut single “Free,” and are looking forward to performing in New Orleans, headlining Metairie’s Family Gras musical lineup on Feb. 19.