The First Black, Woman-Owned Coffee Brand to Be Sold at Trader Joe’s 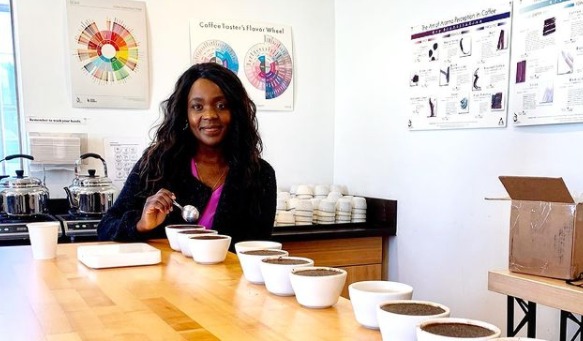 A press release announced that Kahawa 1893 became the first Black woman-owned coffee brand for sale at Trader Joe’s. Margaret Nyamumbo, Kahawa 1893’s CEO and founder, made her brand’s big debut in California. The coffee was sold in 200 of the retailer’s stores there. A rollout will reportedly follow in additional U.S. regions, according to the press release. Coffee blends include: Kenyan, Peaberry, Serengeti, Ethiopian, Safari, 1893 Espresso, Decaf, and Single-Serve Coffee.

“When a consumer buys coffee at Trader Joe’s, they can scan a QR code and send a tip to a farmer’s e-wallet who will receive that money directly. Kahawa 1893 matches all tips to double the impact,”  Nyamumbo stated in the press release.

The African coffee’s website stated that Kenyan women provided over 90 percent of labor in the African coffee industry. However, women farmers in Kenya are largely uncompensated. They only own 1 percent of farmland in their country, according to details provided by the coffee brand online. Nyamumbo’s native home is Kenya, so her opportunity to sell her coffee in Trader Joe’s may be extremely impactful as she seeks to help women farmers there.

Nyamumbo is excited to spread the word about her venture. On Instagram, the socially conscious entrepreneur told her followers that Kahawa 1893 is the first Black-owned, woman-owned coffee brand hitting their local Trader Joe’s store this month.

“This is a monumental move forward, not only for us, not only for the women farmers in Africa, but all women and all of the black community,” Nyamumbo said.