The #FreeChrisChristie Tweets You Need to See 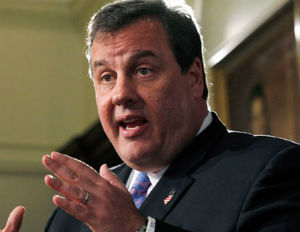 Last week Chris Christie left the country speechless with his endorsement of Donald Trump, only two months after he dismissed the businessman’s campaign as “showmanship.â€

Backlash was swift. Christie’s former finance co-chair, Meg Whitman, called out Christie for an “astonishing display of political opportunism.â€ Six New Jersey newspapers called on Christie to step down. To make matters worse, his approval rating has dropping to a dismal 27%.

Unfortunately, the Internet has no mercy. Or chill. This week Twitter gave birth to one of the most viral hashtags of this election season: #FreeChrisChristie.

Check out our roundup of the funniest tweets below.

Your face when you realize the extent of the deal you’ve made with the devil. #FreeChrisChristie #Drumpf2016 pic.twitter.com/8yrD3LyQob

Chris Christie has had this expression on his face for 5 consecutive minutes. pic.twitter.com/0KhVWhG9hy

Hello.
It’s me.
Chris Christie.
I was wondering.
If after all these press conferences.
I could be alone to weep. pic.twitter.com/xqfKA35j2X

This is a ransom video. I have no idea what Christie was thinking. https://t.co/6das0leXl7

Chis Christie can’t believe this is happening either https://t.co/VGqS09BXbl pic.twitter.com/cnKDRLimOx

FacebookTwitterYoutube
← Womenâ€™s History Month: Jacqueline Glass At the Well ← How To Land A Once-In-A-Lifetime Deal On ABCâ€™s ‘Shark Tank’
×