'The Gossip Game': 4 Career Lessons We Hope to Learn 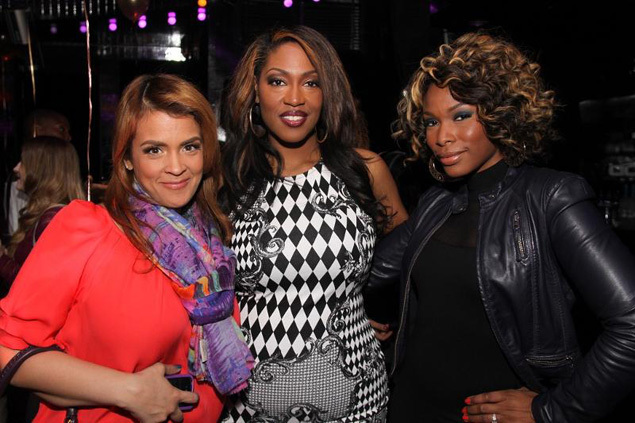 VH1 recently announced the April 1 premiere of a new reality show, “The Gossip Game,â€ which will follow the lives and careers of seven media personalities. The cast includes radio personality Angela Yee, along with media professionals K. Foxx, Kim Osorio, Sharon Carpenter, Jas Fly, Ms. Drama and Vivian Billings. All the ladies will put their careers on display as they cover the fast-pace entertainment world in New York City. With a concept that has a potential to shift from civil to ratchet, we’re hoping to learn the following career lessons from “The Gossip Gameâ€:

Women don’t mind seeing other women shine: Despite the cut-throat, fast-paced industry that these seven media personalities careers revolve around, we’re hoping that VH1’s new show will show some level of camaraderie among the women. From supporting each other at an event to showing love when one crosses a milestone in their career, we have our fingers crossed that “The Gossip Gameâ€ will show that not all women are out to sabotage one another’s career.

Success doesn’t happen overnight: A lot of people have this misconception that reality stars get their career start on a show and have no clue about the ground work these individuals have done in their professional life to earn a spot on television. Hopefully, the well-respected cast members will show viewers that they have been on radio, blogging, writing and reporting about entertainment for years and have lots of experience and inside knowledge about how the business works.

Perseverance gets you far: It’s highly doubted that any of these media personalities would be casted for anyone’s show if they weren’t determined and persistent to make things happen in their careers. From being rejected, knocked down and at times overlooked, hopefully “The Gossip Gameâ€ will show that quitting is never an option.

Hard work is the key recipe to success: Any professional will tell you that there is no short-cut or fairy tale yellow brick road laid out for you when trying to climb the success ladder in your career. Â Those who work the longest hours and do the extra work even when no one is looking tend to be the individuals who go the farthest in their careers.