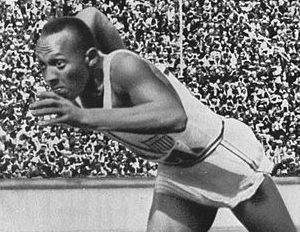 According to The LA Times, a film based on Jesse Owens will start filming next week. “Race” will be about the Olympian and his performance in the 1936 Olympics held in Berlin.

“I’m excited we’ve assembled such an impressive cast to tell this extraordinary story,” director Stephen HopkinsÂ said in a release from Focus Features. “Stephan James is an amazing discovery, a rare star in the making.”