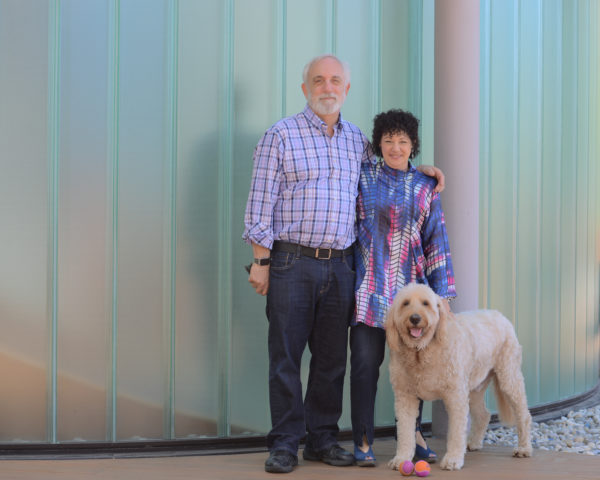 Many have heard the name “Kapor” as in the “Kapor Center for Social Impact” and “Kapor Capital,” but not many know the backstory of Mitch Kapor and Freada Kapor Klein. The couple is a cornerstone of social impact investing. Black Enterprise sat down with the Kapors to discuss their backgrounds, the types of companies in which they invest, and what their plans are for Kapor after they step down.

Tell me about your background and how you got started in venture capital.

Mitch Kapor: So, I got into venture capital gradually. First I was an entrepreneur. I started a company. Lotus, back in the ’80s.

I started doing angel investing while I was still at Lotus. I enjoyed helping other entrepreneurs succeed and working with them on their vision. I did angel investing on and off for decades.

Freada, in the mid-2000s, started talking to me much more actively about thinking about the social impact element of these businesses. I was good at finding the next big thing, but she encouraged me to think about who it was good for. Does it help people and who does it help?

Freada Kapor Klein: My entire adult life, I’ve been very focused on issues of social and racial justice. I started the first group on sexual harassment in the United States in 1976 and at that point, most of the first cases that were brought were brought by African American women. There’s a very early history of sexual harassment where there’s the intertwining of racism and the ways in which women of color were victimized.

My first job after graduate school was Lotus, the software company that Mitch founded and I was hired in 1984. My job description was to make Lotus the most progressive employer in the U.S.

From there, I left Lotus and I started my own business on consulting and training on issues of bias harassment discrimination.

In the mid-90s, Mitch and I re-met and got together as a couple. I was still doing my consulting research work, but then when we moved out here to California, I also started the Level Playing Field Institute, which is the home of the Smash Academy, the Summer Math, and Science Honors Academy, for low-income underrepresented students of color and it’s been half girls since day one.

Mitch has been doing angel investing for decades but we started talking much more about impact and that’s when I got involved, when we could really meld the worlds of social and racial justice, tech and investing is when I got really interested.

Who were some of the startups that you decided to invest in?

Mitch Kapor: Where we landed was creating a small venture firm and really focusing on tech companies that would not only have the chance to become big businesses but were also dedicated in a specific way to making the world a better place.

Why did you choose Oakland as the home for Kapor Capital?

Freada Kapor Klein: He (Mitch Kapor) said Oakland is going to be the next tech hub. We really thought that so much of San Francisco and what Silicon Valley tech has become has been to widen gaps, between haves and have-nots. That’s on the basis of income, race, and lots of other things, and we thought there really needs to be somebody focusing on closing gaps.

You guys are at the point where you plan to step back. Tell me more about what that looks like for Kapor.

Freada Kapor Klein: As Mitch and I step back, Kapor Capital is gonna be an investment firm ran completely by people of color. We’re going to have a lot of companies that are getting ready for exits so we’ll be able to talk about what our track record has been. We’ve got some incredibly capable partners. They will undoubtedly do things differently but they are at a point in their lives where they will have the opportunity to build and run something.

Mitch Kapor: I’ll be writing a memoir. I’m a packrat so I’ve saved forty years’ worth of material. I think I can actually recreate some of the day-to-day of what it was like to start a very high growth startup in the 1980s. I think it’s going to be instructive in sharing the education of an entrepreneur and what have been the lessons learned over the decades since.