The Lowdown on Payroll Cards 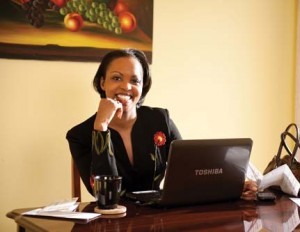 When Janette Jones took a long-term contract position with a consulting firm in 2009, she had the option of receiving her wages on a payroll debit card while waiting for a direct deposit error to be rectified. “I was skeptical at first,â€ the 39-year-old Gwynn Oak, Maryland, resident admits. However, when Jones learned she’d receive her money a week earlier if she selected the card option, she gave it a try. “I had the choice of leaving money on the card or having it transferred to my bank account for free,â€ she says. While the experience was not enough to entice Jones to give up direct deposit for good, “I thought the card was convenient,â€ she says.

Payroll card systems let employees access money in their paychecks with a debit-style card. Typically branded by Visa, MasterCard, or Discover, payroll cards can be used to withdraw money from an ATM, make point-of-sale purchases, or transfer money to a bank account. Generally, they’re targeted to the so-called unbanked, a segment of U.S. consumers that includes nearly 22% of African American households, according to the Federal Deposit Insurance Corp. These systems are becoming popular among companies because they can save money by dispensing wages electronically. Payroll cards eliminate paper checks for individuals without bank accounts and those unwilling to disclose banking information. Payroll cards can also save money for people who use check-cashing establishments, says Bill Dunn, American Payroll Association’s manager of government relations. “If you don’t have a bank account, you need a way to cash your check,â€ Dunn says. Check-cashing services charge on average 3% of the value of the check.

However, payroll cards do have downsides. Some card issuers charge employees for withdrawals, card replacement, or for using the card more than a certain number of times. Twenty-two states have regulations that protect consumers; 18 of those states, for example, require that consumers get at least one free withdrawal per pay period. There’s no regulation at the federal level, which means “employers are potentially making an employee pay to get his or her own money,â€ says Suzanne Martindale, an associate policy analyst with Consumers Union, a consumer advocacy organization.

Let Us Upgrade You

FacebookTwitterYoutube
← A New Financial Game Plan ← Let Us Upgrade You
×
'