A Group Of Mcdonald's Owners Are Celebrating Black Business Month 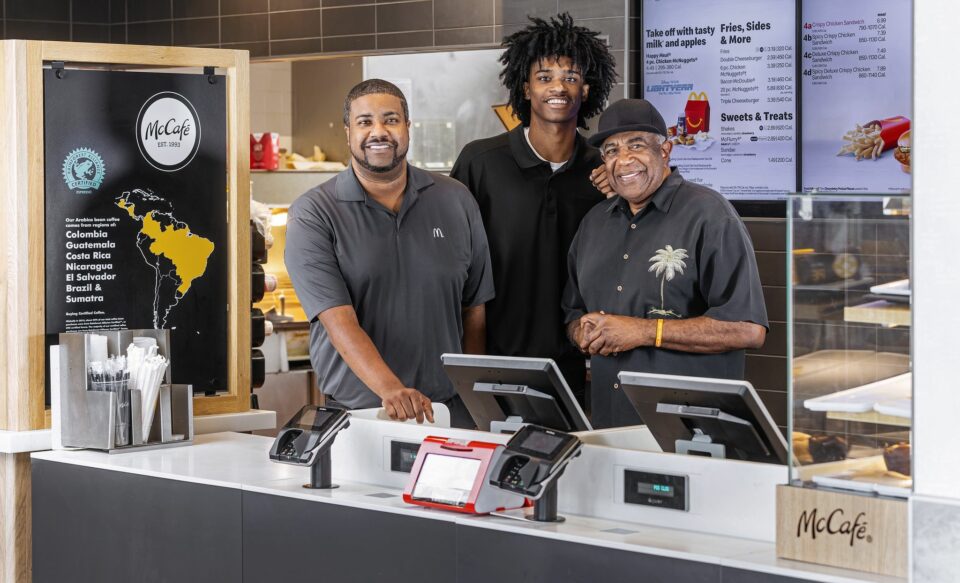 McDonald’s, one of the biggest fast food chains in America and abroad, had more than 300 Black franchise owners as recently as 2008. According to its site, the NBMOA’s goal is to integrate its members, Black Mcdonald’s employees, and vendors into the fast food giant’s system.

Corwin Johnson, who owns several McDonald’s franchises in Southern California and is on the board of Ronald McDonald Charities, said becoming a McDonald’s franchise owner allowed him to earn a living doing something he loves while paying it forward by providing jobs and opportunities to others.

“Several of the managers I worked for set a great learning environment, something I try to emulate daily and also did throughout my college and professional career,” Johnson told 2 Urban Girls.

“Prior to becoming a franchisee, I worked as a certified public accountant and had the opportunity to see many businesses in many industries. I compared the processes, internal controls, and overall operations to my jobs dating back to my McDonald’s days. At the end of the day, I truly loved learning, people, processes, and business.”

Larry Thornton, who purchased his first franchise in 1992, told BLACK ENTERPRISE in June how proud he was to see his son Dale become a franchise owner.

“I cannot tell you how proud I am that he chose this and I hope that he would because it gets back to this statement. I never wanted anyone to ask whatever happened to that Black man who used to own the McDonald’s?” Larry Thornton said.