The Notorious B.I.G.'s Sky's The Limit NFT Collection Sells Out in 10 Minutes 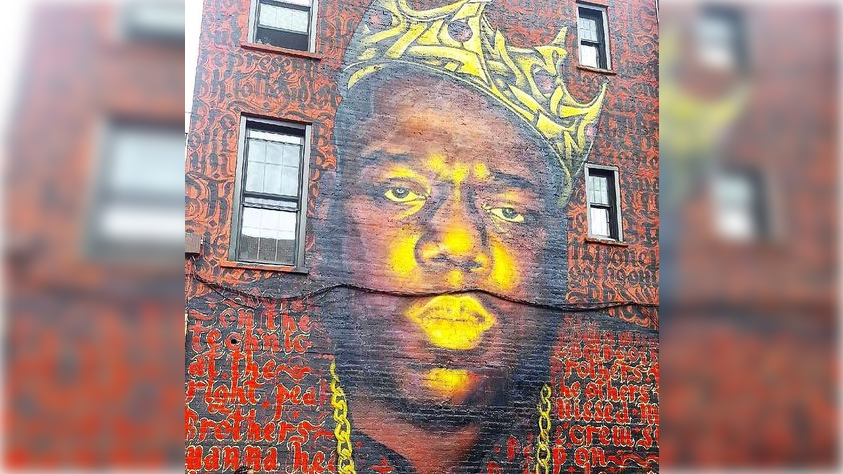 An NFT collection featuring a freestyle by legendary hip-hop artist The Notorious B.I.G. sold out in only 10 minutes, according to OneOf, the company that released it.

SOLD OUT IN JUST 10 MINUTES! A very special thank you to Biggie’s family, his friends, the OneOf team, and most importantly all of you… the fans. Missed out? Hit https://t.co/FmdYZ3P7fI now to cop yours. Long Live The King of New York—@TheNotoriousBIG ! #tezos pic.twitter.com/LlrwZ6Ll8N

According to the listing on OneOf’s website,  Sky’s the Limit is the very first NFT collection commissioned from the estate of Christopher Wallace. Biggie, as he was known, was gunned down in Los Angeles on March 9, 1997, about six months after Tupac Shakur was fatally shot.

The collection contains 3,000 “unique generative art pieces” that encompass Biggie’s outlook based on his life and lyrics. Buyers of each NFT are granted exclusive membership to the Sky’s The Limit Collective. Members hold 80% voting rights on the creatives, which may include artists, DJs, and musicians who can remix or sample Biggie’s iconic “Fulton Street Freestyle.”

The collective of the Sky’s The Limit Collection will be entitled to all licensing, sales, and streaming revenue from the use of the freestyle. They will then be able to invest in future music projects, NFT collections, IRL events, and other VIP activations. The collective will also have early access to The Brook Metaverse, slated to launch later this year in the fall, as well as a few future surprises.

OneOf is a “platform that supports NFTs on multiple energy-efficient blockchains, connecting fans and collectors to iconic musicians, athletes, and brands.”

The Brooklyn-born Notorious B.I.G. was killed in a hail of bullets after attending a VIBE magazine party. He was just 24 years old and had already established himself as one of the greatest rappers of all-time.