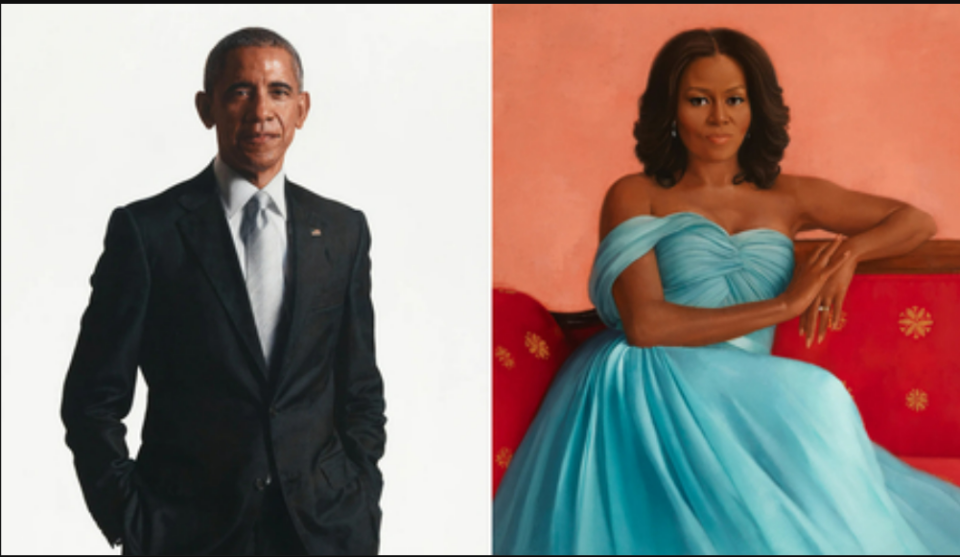 The first Black president and first lady have officially been added to the White House Portrait Collection.

On Wednesday, the White House welcomed former President Barack Obama and former first lady Michelle Obama for the installation of their official portraits. Their addition to the White House Collection marks the return of a tradition that has not been celebrated since 2012 when Obama held an unveiling ceremony for George W. Bush and Laura Bush.

Barack Obama gushed about Michelle’s vibrant portrait by Sharon Sprung that will hang in the White House alongside portraits of other presidents and first ladies dating back to George and Martha Washington.

“I want to thank Sharon Sprung for capturing everything I love about Michelle. Her portrait is stunning. And I want to thank Robert McCurdy for taking on a much more difficult subject and doing a fantastic job with mine,” the former President said.

The White House portraits are one of two sets of portraits created for the president and first lady and are not to be confused with the set that was unveiled at the Smithsonian.

These portraits were crafted by Sharon Sprung and Robert McCurdy. McCurdy said he worked off of a photo of Obama and the minimal white background and hyperrealism is a hallmark of his work, CNN reports.

The Smithsonian portrait of the former President was painted by Kehinde Wiley, and Michelle Obama’s portrait was painted by Amy Sherald, shades of gray are used to challenge conventions about race.

The ceremony, hosted by President Joe Biden and first lady Jill Biden, took place in the East Room, where Biden was surprised with a Presidential Medal of Freedom awarded by Obama in 2017.

Although this is President Obama’s second visit to The White House since his presidency in 2017, this is Michelle Obama’s first return since then.