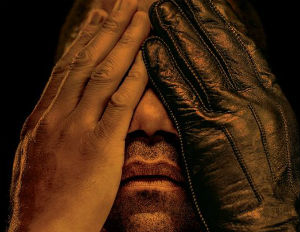 TV and entertainment critics are already calling it “absorbing, infuriating” and “arresting from the get-go.”

Not bad for a crime thriller where spoilers aren’t a factor. Most know the outcome of the 20-year-old scandal that was called the case of the century.

The first episode of FX’s 10-part TV series, The People v. Â O.J. Simpson has garnered more than a buzz, and though opinions are still strong and mixed as to the 1995 case, details surrounding it and its final verdict, many agree that the series is a must-watch.

All these years later, the fascination with this case is still strong. I’m GLUED to my TV. #ThePeoplevOJSimpson

Well, I guess I know what I’ll be watching the next 9 Tuesday’s. #ThePeoplevOJSimpson

That was as close as perfection as FX has ever done it… Amazing cast, truly captivating… I can’t wait for more ! #ThePeoplevOJSimpson

The show, along with key words associated with it including “Kris,” dominated top hashtags on Twitter last night in major markets including Washington D.C., New York, Charlotte, and Los Angeles.

The first episode began with footage of the 1991 beating of Rodney King and the civil unrest in Los Angeles that ensued in 1992 after the policemen who beat him were acquitted of all criminal charges. It then goes into a captivating portrayal of the beginnings of the investigation into the murder of Nicole Brown Simpson and Ronald Goldman, with Hollywood vets giving performances reminiscent of any good Shonda Rhimes drama.

Details of the personal lives of those intricately involved–not previously made public in small-screen dramatization–played a large part in reviving a story that has been told, televised and retold time and time again: Inclusion of Kris Jenner and Kardashian’s now-famous reality star children; Simpson’s use of prescription drugs at the onset of the case; prosecutor Marcia Clark’s juggling of family and work duties while going through a tough divorce; and a sometimes antagonistic relationship between prosecutor Christopher Darden and Johnnie Cochran.

The episode ends with a nail-biting cliffhanger, though what happens next is quite obvious—the disappearance of the former football star and the indication of the now infamous white Bronco missing from the driveway of the Kardashian’s home, where Simpson was “hiding out” amid the pretrial media circus and scrutiny. The Bronco is seen being followed by police cars and sirens, a scene set against the deep, soulful voice of Nina Simone’s cover of Bob Dylan’s “I Shall Be Released.”

None of the real-life people in the saga have publicly reacted to the series debut, however several have talked with the actors portraying them during production. Brown’s, as well as Goldman’s family, has previously spoken out against the show, saying they are disappointed they weren’t consulted.

Also, the show’s central figure, a now-incarcerated O.J.,Â is reportedlyÂ disappointed with the show as well; not due to Cuba Gooding Jr.’s depiction of him, but because of what he feels, according to his lawyer Malcolm LaVergne, is an unfair depiction of Johnnie Cochran in ads for the show. He can’t currently watch the series, as FX is not available at the correctional facility where he’s serving time for a 2008 kidnapping and armed robbery conviction.