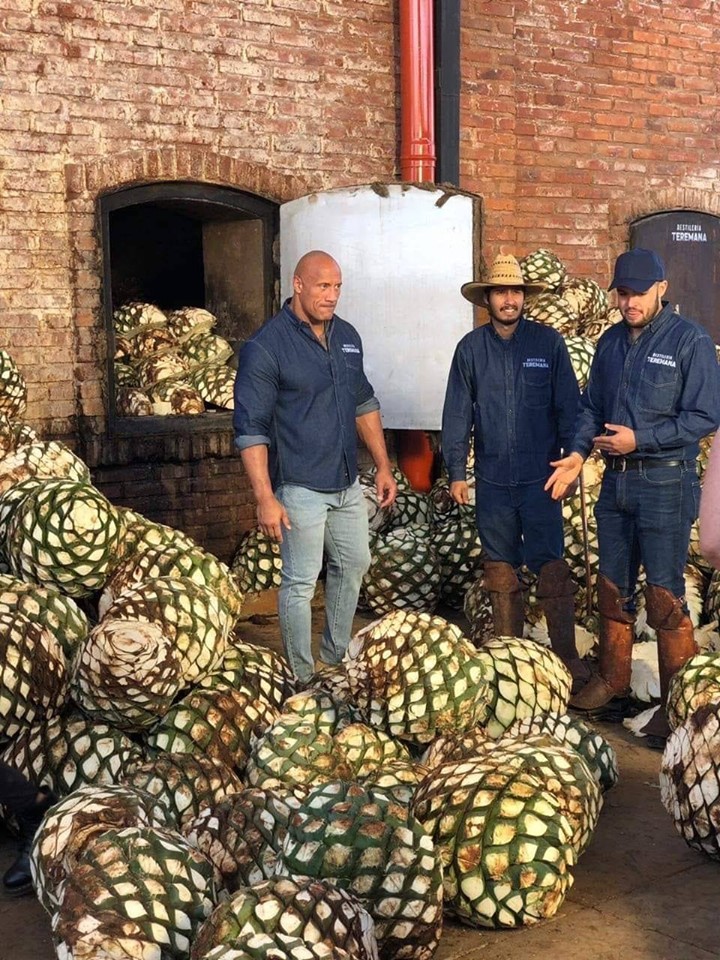 The Rock has entered the tequila arena. According to Forbes, actor and wrestling great Dwayne “The Rock” Johnson has launched his liquor brand, Teremana Tequila.

In an Instagram post, The Rock announces his new creation, “The name is official: Ladies and gents, I proudly bring you, TEREMANA TEQUILA 🥃 TERA is meant to represent “Terre” which means of the earth and MANA is our powerful Polynesian spirit that guides us. Spirit of the earth. Our goal is to create a tequila that is the best of quality and taste, but done the right way—by hand. Small batch, handcrafted tequila from our Teremana blue agave, maturing in the highlands of Jalisco, for everyone to enjoy. After years of hard work, this blessing is truly a dream come true—but it’s just the beginning and there’s much work to be done. I’m committed with my team to bring you the best tequila, because quality and legacy are what matter most. From all of us here at Distilleria’ Teremana, we invite you to COME HAVE A DRINK. The tequila of the people. #TEREMANA #tequila #ItsAlmostReady #Q12020 @hhgarcia41“

The Rock is the latest celebrity to launch his tequila. NBA legend and Charlotte Hornet owner Michael Jordan, along with Jeanie Buss of the Los Angeles Lakers, Wes Edens of the Milwaukee Bucks, and Emilia Fazzalari and Wyc Grousbeck of the Boston Celtics, launched Cincoro earlier this year.

Johnson played football for the University of Miami in 1991 and later signed with the Calgary Stampeders of the Canadian Football League (CFL), but was cut from the team in the middle of his first season. After failing to latch onto a football career, he followed in the footsteps of his father, Rocky Johnson, and grandfather, Peter Maivia, who were both professional wrestlers. In 1996, Johnson signed a contract with the WWF and was promoted as the first third-generation wrestler in the company’s history.

His first movie role was in The Mummy Returns (2001), and his first lead role was in the spin-off The Scorpion King (2002). His movie career has blossomed since, appearing in countless films since. In 2000, he released an autobiography titled The Rock Says… which debuted at No. 1 on The New York Times Best-Seller list.