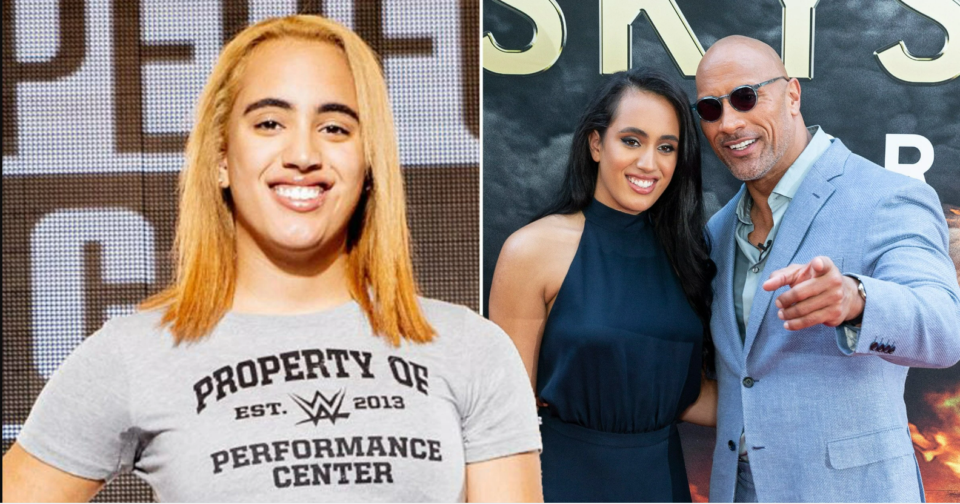 Dwayne “The Rock” Johnson comes from a legacy of professional wrestlers before starting his successful acting career.

That line of greatness continues with his daughter, Simone Johnson who has made her professional debut over the weekend with her first showing as a pro wrestler. Simone also made history by becoming the first fourth-generational wrestler after following in the footsteps of her father, grandfather, and great-grandfather.

According to Essentially Sports, Simone, who initially took on the name of Ava Raine, debuted in Orlando by calling herself “The Final Girl.” Her great grandfather was Peter Maivia, who went by the moniker, “High Chief” Peter Maivia. As a professional wrestler, he was inducted into the WWE Hall of Fame in 2008 by his grandson, The Rock.

Her grandfather was known professionally as “Soul Man” Rocky Johnson. In 1983, along with “Mr. USA” Tony Atlas, they became the first Black champions in WWE history when they won the World Tag Team Championship. Rocky is also in the WWE Hall of Fame.

Her father, who is possibly the most popular wrestler in history, “The Rock” Dwayne Johnson, is a behemoth in Hollywood. He made history when he became the first third-generation Superstar in WWE history. He has won eight WWE Championships during his wrestling career.

Now, with her pro debut, without fighting, she is already in the record books. Becoming the first fourth-generation wrestler, maybe she will be like her father, grandfather and great grandfather and win the WWE Championship.

At her first professional appearance in the ring on July 9, at Englewood Neighborhood Center Orlando, she cut a promo promising to make noise amongst the women competing in the women’s division of WWE, NXT.

Being involved in wrestling has already made her popular although fans were disappointed that she did not take on the famous last name of her father and grandfather when she made the decision to go by Ava Raine and not use Johnson.