Powerhouse Event Producer to Honor Black Women Behind the Music 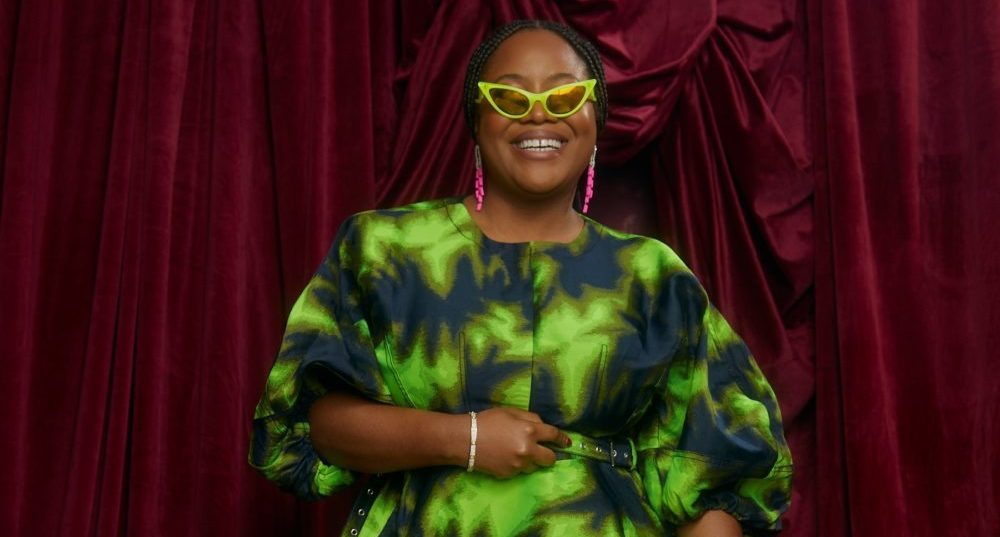 After curating some of the hottest celebrity events around the world, Karleen Roy is using her creative genius to launch the first annual event to celebrate black women working behind the scenes in the music industry. On Jan. 23, “Grit Before The Gram: The Soundtrack of Our Solidarity,” will honor unsung women who’ve left their mark in the entertainment business but aren’t thanked for doing the grunt work in the trenches.

“I’ve worked in the music business for 16 years now. And I’ve been in so many places. I’ve been around the world at least 15 times…and I have never been to an event [that intended to] celebrate and highlight the women who are actually grinding and actually doing the work,” she told BLACK ENTERPRISE. In contrast, many events are “about the celebrity. It’s not about the people that’s doing the work.”

Taking place in Los Angeles during Grammy Week, the inaugural event will award Yvette Noel-Schure, Beyoncé’s longtime publicist and the founder Schure Media Group, and Nija Charles, a Grammy-nominated songwriter and producer. A number of high-level executive women—which Roy dubs “The Alliance”—will also be in attendance, including Shari Bryant, the co-president of Roc Nation, Sylvia Rhone, the chairman and CEO of Epic Records, Ethiopia Habtemariam, the president of Motown Records, and Debra Lee, the former president of BET.

Roy says “Grit Before The Gram” is the project she’s most proud of thus far in her career, which began after she graduated from Howard University and took an unpaid internship at Def Jam. From there she was hand-selected to run the day-to-day operations of Ne-Yo’s management company. Later, she went on to work as the senior executive assistant to Sean Combs at Bad Boy Entertainment before founding The Vanity Group, a boutique agency that specializes in high-profile celebrity and corporate events. Since its launch in 2013, The Vanity Group has curated Cardi B’s bodega theme-baby shower, Rick Ross’s daughter’s sweet 16, and Carol’s Daughter 25th Anniversary party at the Smithsonian National Museum of African American History and Culture.

In an interview with BLACK ENTERPRISE, Roy opened up about the inspiration behind Grit Before the Gram, the business lessons she learned from Diddy, and what it takes to run a business as a black woman.

Quavo: I wanna throw a surprise 25th Birthday party for Takeoff w/ a Willie Wonka meets soda factor feel 🥤🍫🍭🍬🥳 Us: Say less 💅🏾💅🏾💅🏾 • • • How do you throw a party for thee most low key/low fuss guy?? ….Make it interactive x meets easy vibezzzz and include some of his favorite things: @exoticpop ✅ (It’s a whole thing y’all!) @officialrapsnacks ✅ And DRAAAANKS 🥤😩🤣🤪🤩💜 Happy Birthday‼️ @yrntakeoff We still waiting on our QC chain 🧐 #TheDrankFactory 💜 #MigosGang 🤑 #TVGDidIt #EventPros #ForTheCulture ✊🏾

BLACK ENTERPRISE: What inspired you to create Grit Before the Gram?

Roy: I took my mom to go see [Ain’t Too Proud To Beg] and it was so good. And when I left, I was like, ‘this is such a powerful story. There will never be a story like this about a woman who worked in the music business.’ You can’t tell the story of The Temptations or anybody in the golden era of Motown without mentioning Berry Gordy. He was such a giant figure in music but there were actually more women involved who were grinding and basically in the trenches with him. There needs to be something to celebrate and highlight us. So that is essentially how Grit Before the Gram was born. The Grit is a nod to the women who were grinding and putting in work before Instagram became a thing.

BE: What makes this event different from other events honoring women in music?

It’s for us, by us. There is no other event, period, that is produced by a black production company, a black woman who works in the business for the past 16 years. So, if anybody knows how to put together a quality event for black women and works in music, it’s me.

BE: What does the phrase “grit before the gram” personally mean to you?

It means connecting generations. As I mentioned, ‘grit’ is a nod to the women who were grinding and putting in the time during the golden era of hip-hop music and black music. And ‘gram’ is a nod to the young women who are in the business who are new and young and in their 20s and 30s and who have pretty much got into the business during a highlight of the social media age.

BE: What lessons in business did you learn as Diddy’s executive assistant that you’ve applied to your own company?

One thing I have learned from Mr. Combs is don’t be afraid to push the limits. Because I was lucky enough to work so close to him, I saw every day the results of going hard. He goes hard with everything in his life from his kids’ football games to the Easter basket for his daughters. He’s putting in 150% with everything he does. So, he’s no stranger to hard work and that’s something that I quickly picked up working for him.

What I’ve also learned for him is you can be yourself and get paid for it. Mr. Combs is who he is, whether he’s meeting with the chairman of Apple or if he’s having a meeting with French Montana, like he is who he is. And he doesn’t dumb down who he is. He doesn’t shrink his blackness when he walks in a room full of white people, like he is who he is. And that’s the genius of him and that’s how he makes his living. And when I started The Vanity Group, I didn’t want to start a business where I felt confined where I felt like I couldn’t be myself or have big bushy hair one day and braids the next day. If I thought something was whack, I wanted to say that s–t is whack. I didn’t want to have change who I was just to make a living.

If you want 50 ask for 100. People are always going to try to cut you down on your rate or your fee for how much they think that you are worth. But it’s not about worth, it’s about value—the value you are bringing to the table. Young people go to jobs [interviews] and be like, “I’m worth more than that.” You think so but what value are you bringing to the company?

I don’t know if there’s like a Google button that tells you how much you should be negotiating or what to ask for, but some people just get in their minds how much they’re worth, but they lack the skill. They lack the “receipts,” as the young people say now. They lack the receipts to yield the money they think they should be making. So you actually should take the time to learn, fine-tune your craft, [and] get the experience so that you actually can go to a company and say, “this is my value that I’m bringing to the organization.”

Guys, The Vanity Group started as an “idea” in my small Harlem apartment. Years later, I’m happy to say my business has grown up and TODAY I have my very own office! (ME!!) On a very FANCY street in MANHATTAN!!! (I’M GAGGING! 😩😢😢) I have cried many times over when I think about what it took to get here! 🙏🏾 To anyone who has ever hired me, referred me to a job or even spread the good word about Vanity Group…THANK YOU a million times as THAT is how a small business GROWS!! 🌳And special thank you to my parents who gave me my first $2,500 towards my “idea” back in 2010 (Look what that turned into Dad after all 🙏🏾) Don’t stop dreaming y’all…when it’s your time, it will be YOUR time! 💫 #DreamsDoComeTrue #TrustTheProcess #GIRLBOSS #TheVanityGroup #GodisDOPE ♥️♥️♥️ (Should I have a “Sip ‘n See” or nah?!!🤔😩🤣🥂)

BE: What challenges have you encountered as a black woman in business?

It’s very hard being a black woman in business because people don’t show up for us. Meaning people don’t think they have to do their best when working with the black woman. I can’t tell you how many interviews I’ve been in where the person on the other side of the desk has been like, “yeah, girl, because honey…” If you were sitting in a meeting with Steve Jobs, I doubt that you would be that comfortable. I doubt that she would be that lax, I doubt that you would be that unprofessional. I think people perceive that when we look alike that you deserve less. I don’t know what it is, but it’s challenging being a business owner…I just don’t think that people give their all to black women. They give us less…I even hear it when I’m in meetings. It’s like, “Oh, that’s a black company so we can pay them a lower rate.”

Editors’ Note: This interview has been lightly edited for brevity and clarity.