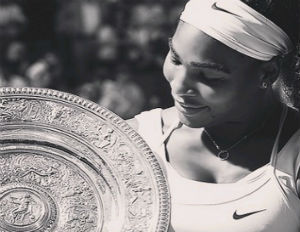 The weekend is never quite long enough, and it seems as though there’s always too much to do. With so many things happening, who can keep up? Don’t sweat it. We’ve got you covered. Here are some of the things that happened this past weekend – in case you missed it.

[Sports] Serena Wins Sixth Wimbledon Championship. Serena Williams is no stranger to winning. She’s one of the most decorated tennis players in history, male or female. This weekend, she added another trophy to her mantle, as she claimed her sixth Wimbledon title after defeating GarbiÃ±e Muguruza. With 21 Grand Slam titles, Williams is no longer competing with the person across the field, but instead with the history books. If she wins the U.S. Open in September, she will become the first woman to win all four major titles in the same year since Steffi Graf in 1988. Williams is currently one title behind Graf on the list of the most wins, and would only trail Margaret Court, who holds the record for most world titles with 24.

Serena’s on-field dominance has drawn many responses – like this one from the Wall Street Journal, claiming “no player in tennis history has been this good for this long.” After her most recent victory, fans and detractors took to social media to express themselves. Fans had to do nothing more than reference her career titles, but others took to Twitter in an attempt to shame Williams and her body image.

One story that’s gone viral is that of Twitter user ‘Rob’ – who has been forced to make his account private following the likely onslaught of backlash he received. After Harry Potter writer and Serena enthusiast J.K. Rowling posted a comment to Twitter stating, “#SerenaSlam. I love her. What an athlete, what a role model, what a woman!” Rob responded to the comment, “Ironic then that main reason for her success is that she is built like a man.” Without missing a step, Rowling responded to the body shaming user with this tweet that’s been retweeted over 80,000 times and favorited over 100,000 –

.@diegtristan8 “she is built like a man”. Yeah, my husband looks just like this in a dress. You’re an idiot. pic.twitter.com/BCvT10MYkI

[News] Mexican Drug Kingpin Escapes Prison. On Sunday, reports surfaced that a Mexican drug lord known as “El Chapo,â€ aka Joaquin Guzman, had escaped from the maximum security prison where he was being held. In a news conference, Mexico’s National Security Commissioner, Monte Alejandro Rubido, said that he “slipped out of the prison through a tunnel more than 1 mile long which led to a building site in the local town.” The United States has long been plagued by the import of drugs across neighboring borders, and Guzman is also wanted by U.S. prosecutors.

“They were concerned about how dangerous he was, and they had a lack of confidence in the Mexican authorities to stop him operating from jail,” said Alberto Islas, a security expert at consultancy Risk Evaluation.

Guzman’s escape from Mexico’s Altiplano prison confirmed U.S. authorities worst fears, and is viewed by some as a major embarrassment for President Enrique Pena Nieto, whose PRI Party once claimed when El Chapo escaped from prison in 2001 that such a thing wouldn’t have happened on their watch.

Women’s World Cup Parade in New York City. For the second weekend in a row, the champion U.S. Women’s National Soccer Team is on top of the world. Saturday in New York City, the champs wereÂ honored with the city’s first ticker tape parade celebrating a women’s team. All 23 players rode through the streets of Manhattan on floats, alongside the Word Cup trophy, and Mayor Bill de Blasio and Governor, Andrew Cuomo.

Arriving in City Hall at the conclusion of the parade, the fun wasn’t quite over, and in the following ceremony, the team members were each presented with a key to the city. After the presentation, star forward Abby Wambach spoke to the crowd in the plaza, saying – “All of this, for us, started when we were little and we had a dream. In my opinion, all the women up on this stage believed in that dream, [and] kept believing in that dream. “

What makes Hamilton the draw of Broadway? Well, ‘‘Hamilton is the story of Alexander Hamilton – the United States’ first Secretary of Treasury, and features appearances by several other founding fathers.” Not quite enough? How about it’s the story of the United States, but starring black and Latino actors, and set to a hip-hop soundtrack. While at The Public House, the play drew over 34,000 viewers during its 15 week run, and more than a few notable faces including Jon Bon Jovi, Busta Rhymes, Michelle Obama, Madonna, Barbara Walters, and even Bill and Hillary Clinton.

The show is set to begin its Broadway run this month at the Richard Rogers Theater, but you’ll have to wait for tickets or pay secondary prices, as the show has already sold over 200,000 advance tickets – one of the biggest pre-opening totals in history.