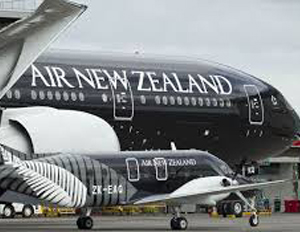 Australia-based Website AirlineRatings.com named Air New Zealand as the world’s best airline for 2016. According to a statement released from the safety and product rating website, Air New Zealand was praised for its continuous passenger innovations including operational safety and economy passenger options like the award winning Skycouch, which easily converts into a flat surface for rest and relaxation.

If you’re looking for the best affordable options, AirlineRatings.com named Virgin America (The Americas), Scoot (Asia/Pacific), Kulula.com (Middle East/Africa) and Norwegian (Europe) airlines. “These airlines may not always offer the lowest fare but what they always do is deliver the best value,Â said AirlineRatings.com Editor-in-Chief Geoffrey Thomas.Â These airlines open new routes and make travel fun and achievable for millions who could previously not afford to fly.â€

For best domestic class, Qantas airlines was a clear standout for its complimentary offerings. “There is no question Australians are the world’s most spoilt passengers with full meal service on all flights across its network,â€ said AirlineRatings.com’s Thomas. “The airline offers complimentary beer and wine between capital cities after 4 p.m. on weekdays and on transcontinental flights from lunchtime daily.â€ And Qantas has recently introduced lie-flat suites for business class passengers on its A330 flights, which operate most transcontinental services.”

Check out the complete list of the top airlines for 2016 below: