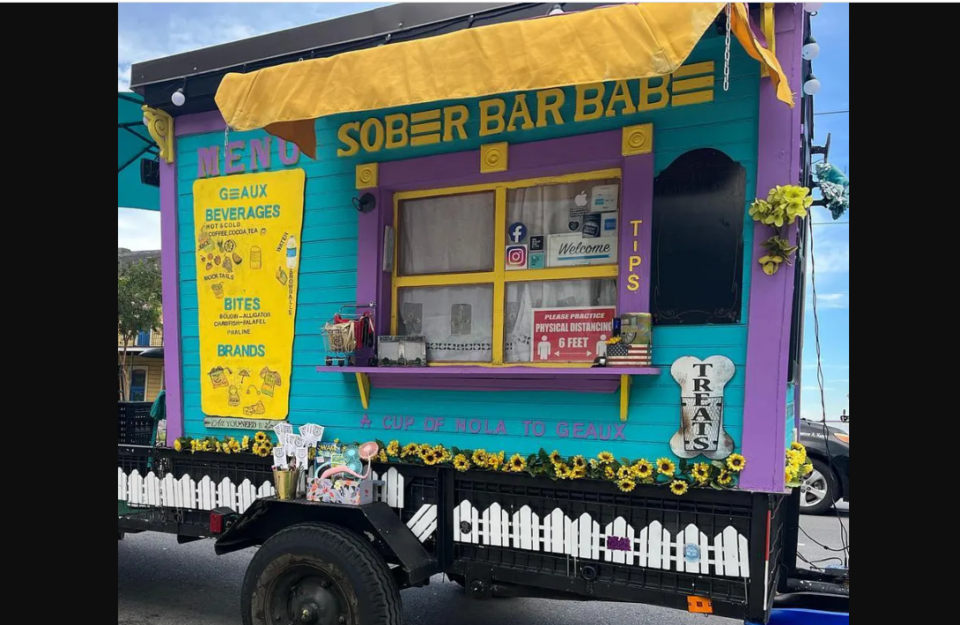 The Big Easy is famed for its timeless cocktail culture. The cradle of the Hurricanes, Sazeracs, Ramos Gin Fizz, and the Creole Bloody Marys, New Orleans is the ideal location for the historically-inspired cultivation of drinks that continue to leave lasting impressions on locals and visitors alike.

The sober curious movement, which all began with a challenge called “Dry January” in 2014, has emerged among millennials in cities like Brooklyn, New York, Long Beach, California, and Austin, Texas. The movement enables people to experiment with sobriety for mental and physical health reasons.

Now, the Black community in NOLA is leading the charge in creating a powerful bond between their city, the art of sobriety, and wellness.

The Sober Bar Babe, which arguably was the first sober bar in New Orleans, was founded by Rhadell Green in 2018. The business idea came to life through efforts to introduce sobriety at alcohol-filled events.

Green offers a menu of non-alcoholic drinks, sno-balls, and locally-made snacks from the New Orleans shotgun house adorned in purple, yellow, and blue.

Green refers to herself as the “gatekeeper” of the park.

“The tourists don’t, so I give them the history prior to being purchased by the Americas. We talk about Black issues, gay issues, we talk about everything — it’s a vibe,” Green said, per Eater New Orleans.

From emails of unwavering support to bashing commentary, Green stands firm with her vision.

“I’ve gotten a lot of pushback — been attacked verbally, had my business discriminated against, and had everyone tell me to sell alcohol,” Green says. “But I can’t be bullied.”

Wallace calls it a safe haven, particularly for Black and brown people.