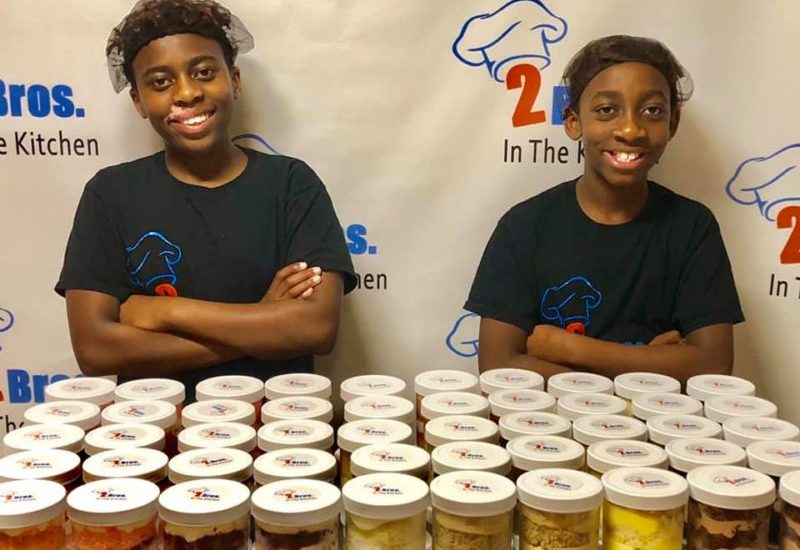 Brothers Shane and Nigel Mushambi are only 12- and 13-years-old and they are already taking college courses. And that’s not all, get this, they are also the founders of their very own bakery in Texas called Two Bros in the Kitchen. In addition to that, they also enjoy giving back to their community.

According to Blackbusiness.com, the Mushambi brothers’ idea to turn their passion for baking into a successful business came after their third yearly win at a local baking competition. When someone offered to purchase their baked goods, it gave them the idea to sell it. Not only do they make money through their business but they donate a percentage of their profit to charities, mainly those that serve the homeless.

As Shane told Black Business, “we like giving back to the community because the community has given a lot to us. We give to Fort Bend Cares and the JB Dondolo Foundation, which is trying to rebuild a hospital in Africa.”

The Mushambi brothers also have a passion for math and science and are taking college-level courses at Houston Community College. They even incorporate the math and science dichotomy when baking.

“I like to bake because it’s a mix of art and a mix of science. You need to know how acids react to bases,” Shane added.

Another subject that the brothers enjoy is writing. They even published a book, Beyond the Kitchen: How to Cook Up Success with Life’s Mistakes. The goal of the book is to encourage young people like themselves to reach seemingly impossible dreams. The book also showcases their failures and how they learned from them.