These Two Ghanaian Sisters Are Changing The Chocolate Market 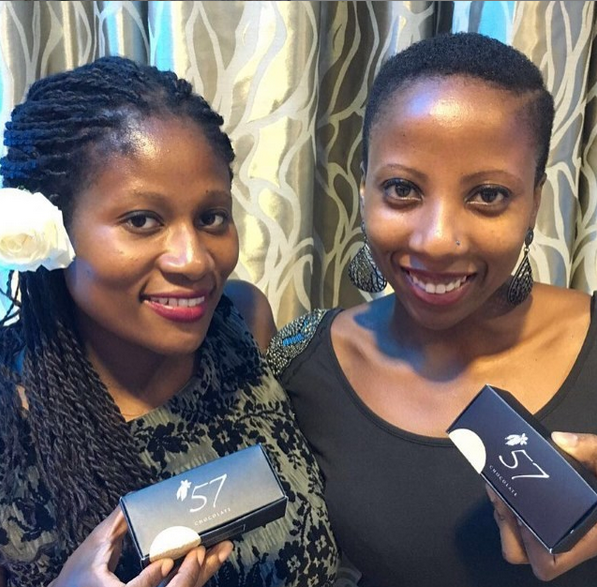 The founders of 57 Chocolate. Kimberly and Priscilla Addison Image: Instagram

Ghana is the world’s second-leading producer of cocoa, producing a million tons of chocolate per year. Together with the Ivory Coast, they control 70% of the global cocoa supply, according to the World Cocoa Foundation. Despite this fact, the country hardly produces enough chocolate for its own domestic demand with priority given to international suppliers.

Two sisters decided to create a company for locals who love chocolate as much as they did.

Kimberly and Priscilla Addison launched ’57 Chocolate in Accra, Ghana. The company’s name pays homage to 1957, the year Ghana gained its independence. The move came from the sad realization that not many chocolate producers were marketed to other Africans. “Chocolate, it’s been a very sort of Western thing,” Kim told NBCBLK. “We wanted to bring a Ghanaian and African touch to it so that it’s truly African.”

The bean-to-bar brand manufactures its own cocoa and makes its own designer chocolate bars, a rarity in the country despite the massive production of cocoa for foreign suppliers. “We rarely find any made-in-Ghana goods and that’s very disturbing to us,” Priscilla said. “We wanted to tell the world, ‘Hey, we are making chocolate from our own cocoa beans.’”

While the sisters were living and working in Switzerland, Kimberly and Priscilla went on a factory tour of Swiss chocolate maker, Maison Cailler, where they got the idea to manufacture their own chocolate creations. “Switzerland is known as a chocolate nation,” Kim explained. “However, they do not grow cocoa at all. Yet, a majority of their beans are Ghanaian beans.”

The demand for their products is high both domestically and internationally. The sisters export their luxury chocolate across Asia, America, Europe, and other parts of Africa. “When you hear chocolate, you automatically think Switzerland. You don’t think Ghana,“ Kim explained. “So if the Swiss are doing it and they don’t even have the resource there, then we should be able to do it because we have the resource.”