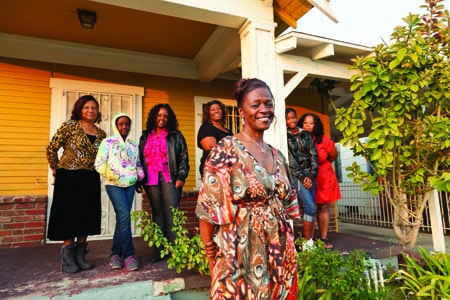 When Creshinda Clark drove away from the car dealership in her new Dodge Journey, she had no idea that $5,000 worth of bills, monthly trips to the service center, and asthma-like breathing problems were in her future.

As the CEO of House 2 Home, a Los Angeles-based nonprofit transitional housing organization for women, Clark needed a reliable vehicle for transporting clients to and from daily appointments. Within months of the purchase, Clark says a foul odor from the vehicle’s air conditioning vents left her and passengers gagging. Over the next year, Clark says she took the vehicle back to the dealership’s service center seven times–for the same problem.

On every visit Clark was told the vehicle’s air conditioning system was the problem. Since purchasing the car, she says she has shelled out $5,000 for repairs, rentals, and attorney fees. A lawyer is now handling her case under California’s “lemon law,â€ which requires dealers to replace or refund new warranted vehicles that they’ve been unable to service or repair within a reasonable amount of time. Clark says she blames herself for not being more assertive after the first few trips to the service center. “If I’d been a man, or just had a man with me at the dealership,â€ she says, “things would have turned out differently.â€

The problem–which is now being addressed via legal means–was finally identified properly as a leaking transfer case. “A friend of mine told me that once I returned a new car with the same problem several times I’d be able to get a new one, but I didn’t listen,â€ says Clark. “I just kept taking the car in, hoping that it would be fixed the right way; it never happened.â€

The Financial Gender Gap
Clark’s situation isn’t unique. When it comes to finances women often wind up with the short end of the stick, whether the issue is salary, investing, big-ticket purchases, or family finances. Often taken advantage of financially, women find themselves paying higher fees for products and services, earning less than their male counterparts, and unable to support themselves through retirement.