This 15-Year-Old Entrepreneur Just Landed a $300,000 'Shark Tank' Deal For His Apparel Brand 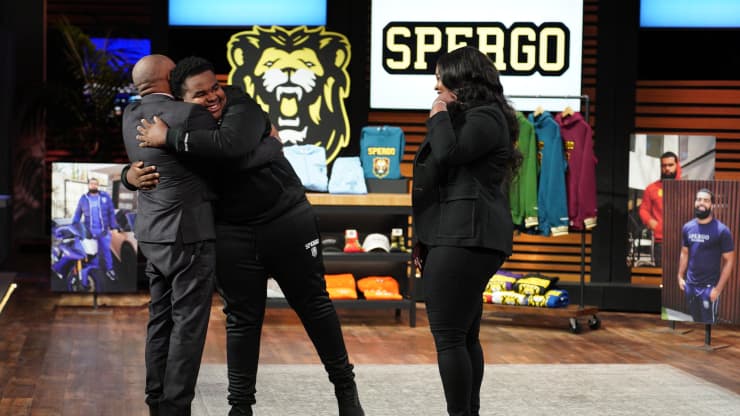 “Obviously, I relate to this,” John said. “I started a clothing brand, and my mother was—and is—a huge inspiration in my life.”

Like John, Brown rolled out his startup in early 2018 with the help of his mother, Sherell Peterson, a retired seamstress who is now Spergo’s full-time COO. The brand sells apparel like socks, T-shirts, hoodies, and sweatpants—for $12, $45, $80, and $98, respectively.

Now, Trey Brown said last week on ABC’s Shark Tank episode’s taping, Spergo is on pace to pull in $2.2 million in 2021 sales. He recently opened a second clothing store in The Pentagon City Mall in Washington, D.C., and scored a deal with the Philadelphia 76ers. The store’s first location was opened in Philadelphia after the teen received a $25,000 business grant from Diddy last year.

On Brown’s latest deal, John was initially hesitant to offer an investment. He pointed out Spergo was already successful on its own. But when fellow Shark Mark Cuban offered Brown $300,000 for a 25% stake in the firm. John decided to match it. Brown then bargained John down to 20%. Peterson assured John that the money would help Spergo grow more quickly.

Sherell Peterson said John’s investment will go toward hiring a fashion designer, upgrading the start-up’s e-commerce technology, and getting further ahead on upcoming production.

For Trey Brown, his goal is to become a billionaire by age 21. But, he noted, a partnership with John already feels like a full-circle moment.

“I used to bring Mr. Daymond’s book to school and I would read it any time I would finish my work,” said Brown. “Now, to be partnering with [him], it’s still soaking in right now.”