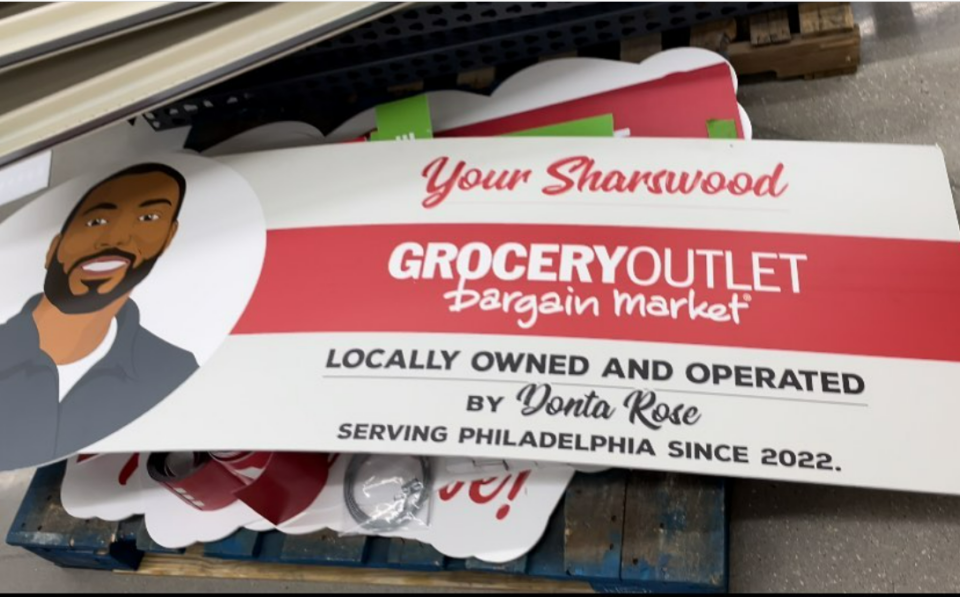 Donta Rose is the owner of a brand new local grocery outlet in North Philadelphia!

On July 26, the 28-year-old Philadelphia native helped cut the ribbon of a $5 million Grocery Outlet store in the $52 million Sharswood Ridge Shopping Center, The Inquirer reported.

Days later, the community showed up and showed out for the grand opening of the block’s newest local Black-owned grocery store.

Rose, who studied engineering at Morgan State University, had been hard at work designing stores for Grocery Outlet when he realized one would open up at 21st Street and Ridge Avenue in the Sharswood section of North Philadelphia — the neighborhood he grew up in.

“That’s where we’re from,” Rose told the outlet. “I know the neighborhood. I know how unique this neighborhood is; because if you go four blocks over, you’re on Temple’s campus, and if you go five blocks down, you’re in Brewerytown. It became really important for me to be in a community that we’re familiar with.”

Rose secured ownership of the establishment through what he described as “a nice, hefty loan” to buy into the California-based discount franchise. He also used his own savings.

To date, the store will offer a full line of meats, dairy, frozen food, and produce. Rose is especially proud to provide fresh food, delivered four days a week. As a child, he recalled there never being any “grocery stores where you would buy fresh produce nearby,” according to The Inquirer.

The outlet also features a parking garage and serves as a convenient walking destination for many residents.

This achievement is credited to the support of his family and friends. His sister, Toni, and friend Nafis Muhammad, have been tapped to manage the store, as well as a 30-person staff from the neighborhood.

“My name is on the loan, and my face might be on there [in store signage], but my mom is going to be with me,” he said recently as the store was being set up. “My dad is actually out running right now to go pick up a safe for me and helping to grab stuff for the opening. My sisters are with me. So it’s definitely going to be a family business, for sure.”

Rose’s mother, Melanie Rose, is a legal supervisor at American Water Works in South Jersey. She remains optimistic that her son’s new investment will make connecting with the community possible.

“While we want to be a successful business, we also want to be connected to the community,” the matriarch said. “You know what’s going on in Philadelphia. You know how there’s so much crime and so much violence and so many people taking it out on each other instead of building within each other? That’s why we’re here — not to say, ‘We have a grocery store,’ but we want the community to know that we are from here.”