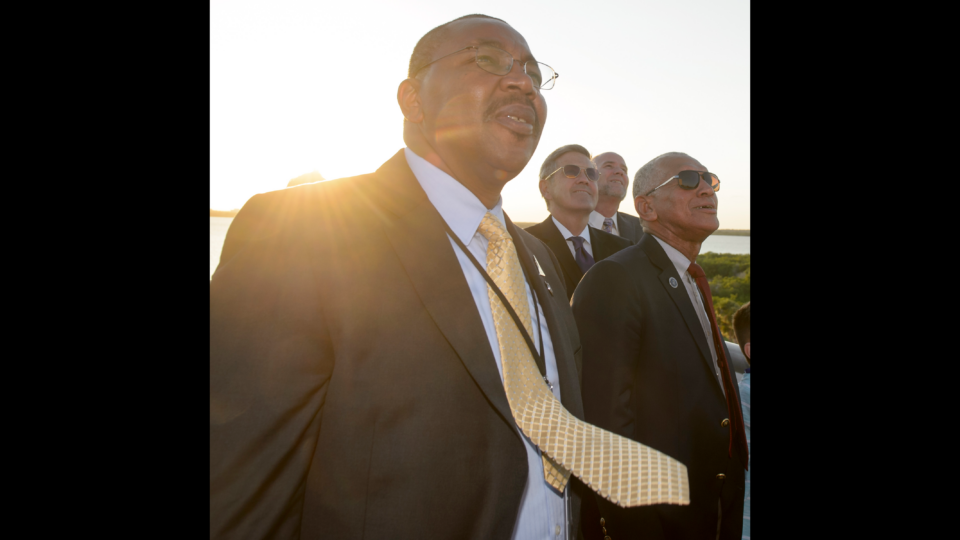 Captured in infrared light, the first eye-popping images from NASA’s James Webb telescope displays the universe like never before.

Gregory Robinson, director of the James Webb Space Telescope Program in the NASA Science Mission Directorate, helped revive a decades-long and multi-billion dollar project that was tarnished by a series of setbacks and delays, according to NPR. The director was instrumental in ensuring its highly anticipated launch last December.

He was stunned by the telescope’s first-ever images released Tuesday, July 12. The images reflect five areas of space, and are filled with distant galaxies overlaying stars, cosmic cliffs, valleys, and mountains.

“Well, I was just in awe. It brings a picture to life, image to life, and each one of them from the deep fill to exoplanets, all the way through,” he said. “So yes, just like the rest of the world, I was stunned.”

Robinson previously served as the deputy associate administrator for programs in NASA’s Science Mission Directorate. He has worked on several high-profile missions and held numerous leadership roles, since 1989. Now, he leads the premier observatory of the next decade.

The director grew up on a tobacco farm and endured racially-segregated school days. Later, he secured an athletic scholarship to Virginia Union University in Richmond before graduating with degrees in both math and electrical engineering from Howard University.

“I was halfway decent in math and science. I really enjoyed it, and I thought I was a top-notch football player, and for my high school and my county and my district. That was before “the real athletes showed up” in college, said Robinson.

As a Black engineer, Robinson saw the lack of representation at NASA. Few people looked like him, especially in executive roles.

“Certainly, people seeing me in this role is an inspiration,” he said, “and also it’s acknowledging they can be there, too.”

This year, Robinson was also named one of TIME‘s 100 Most Influential People.

In his tribute, NASA astrophysicist and Nobel laureate John Mather wrote, “Our teams orbit around Greg, because we trust him to ask questions and understand our concerns and respect our opinions,” Mather wrote. “He makes it look easy, but I can barely imagine how he does it, and I admire him tremendously for it.”