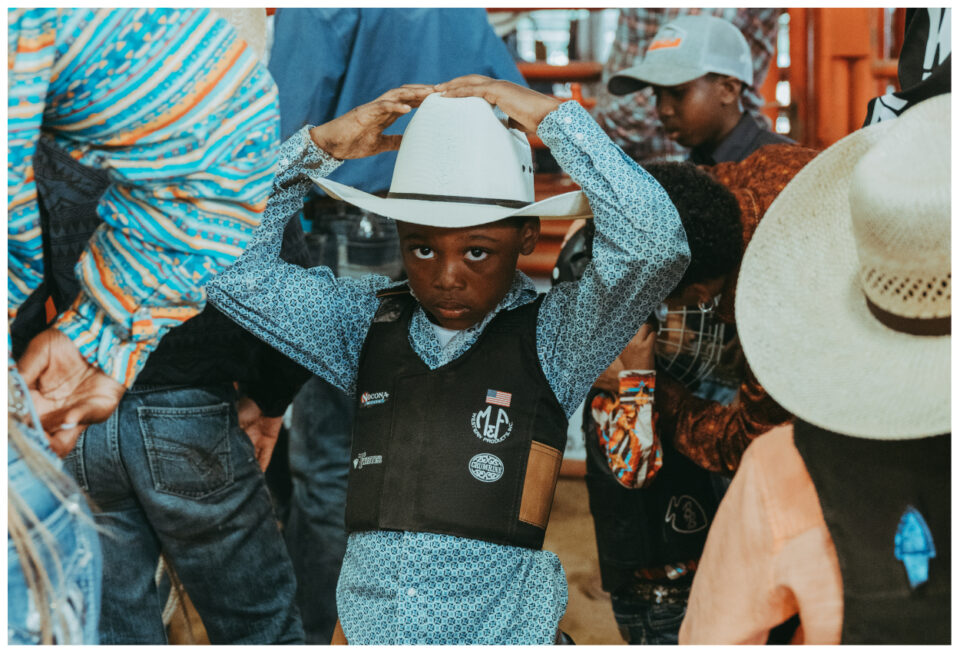 Portland-based photojournalist and designer, Ivan McClellan, is celebrating Black cowboy culture by immortalizing its timeless essence in his photography.

McClellan’s latest project, Eight Seconds, is a running narrative collection of Black horsemen and women from across America published in 2020. He weaves in a seven-year journey of traveling, valuable introductions, lifelong friendships, and personal stories.

“From rodeos to ranches, I’ve documented the lives of these extraordinary people,” McClellan wrote on his project’s website. “This work has shed light on Black cowboy culture, elevating their stories in popular media. I do this work not only to disrupt perceptions but to celebrate this newly found part of my identity.”

A product of Kansas City, Kansas, McClellan had not been previously aware of the rich culture that flourished on the other side of his family’s five acres of land. When he moved away to Portland, Oregon, he was often one of the few Black people in the room, until he met someone that would invite him to the Black rodeo scene in Oklahoma.

In 2015, McClellan arrived in Okmulgee, Oklahoma, where he was “stunned to see thousands of Black cowboys,” per his website. He also discovered that many of these people traveled from Kansas City. An encounter from a Kansas native opened his eyes to a part his culture he knew nothing about.

“There were young men with braids, gold chains, and Jordans riding horses,” McClellan shared on his website. “I saw women bedazzled from head to toe racing quarter horses at 40 miles per hour. Everyone there was kind and willing to share a story and let me take their photo.”

For McClellan, Black cowboys are an archetype, and he showcases this in bodies of work. His essays have been featured in ESPN: The Undefeated, Dazed, Atmos, Modern Huntsman, Huck, Cowboys & Indians and Juxtapoz. His photography work has been displayed in museums and galleries across the country including, Buffalo Bill Center of the West, Booth Museum, and Griffin Museum of Photography.

“The American Cowboy is an archetype. It lives in our collective conscious representing the love of the land, care for its creatures, and the hard work that affords freedom. It is a romanticized analog in our digital age. Today, the cowboy is a fluid figure represented by many races, cultures, and genders, presenting a more varied image than ever before,” the project’s website states.