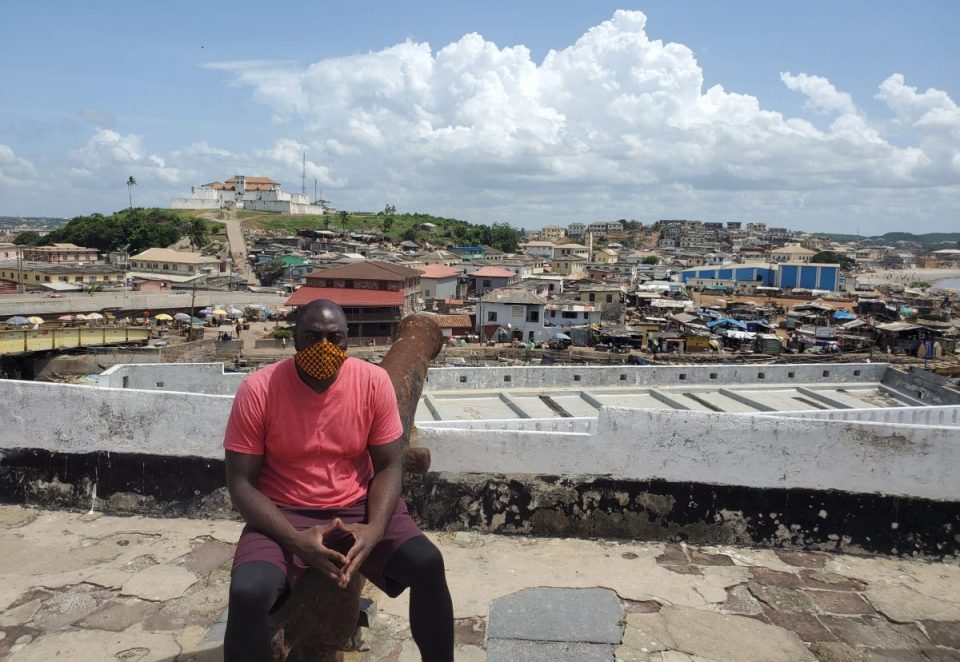 Since the spread of COVID-19, or the novel coronavirus, pandemic, numerous countries and cities have gone into quarantine in an attempt to “flatten the curve” and stop the spread of the virus. However, due to varying restrictions, quarantine can vary depending on the location. Some places have been experiencing product shortages and long lines to get into grocery stores while others have taken a more relaxed approach.

For one travel entrepreneur, going back to the States wasn’t a viable option and instead elected to stay in Ghana where quarantine life looks a lot different than in the United States. Meet Rashad McCrorey, a travel influencer and owner of a multi-national African tourism company, Africa Cross Culture, specializing in treks in Nigeria, Egypt, Ghana, Kenya, and Rwanda.

The Harlem native was in Ghana hosting travelers for a tour there in late February before the flight restriction were in place. In an email Q&A with BLACK ENTERPRISE, McCrorey explained how his original plan was to just stay a couple of weeks after his guests ended their tours. Things changed once news showed the viral outbreak was growing rapidly causing many to cancel their travel plans.

“In mid-March after the coronavirus pandemic reached the United States and travel bans, border closings and lock downs began around the world, March 23rd was the day I had to finally make the decision between immediately returning home to the United States or stay in Ghana for an indefinitely period of time,” he wrote. After talking with his parents back in States and some other local Ghanians, McCrorey opted to stay in the country while the quarantine was in place.

After staying in the capital city of Accra, McCrorey moved to to Aburi Botanical Gardens, a major tourist attraction located in the Akuapem Mountains in the eastern region of the country. He was able to used his savings and business contacts on the ground to find housing and live comfortably until the quarantine has been lifted. He says there has been different strategies implemented on the ground similar to the States but in more relaxed environment which he prefers over being in quarantine in New York.

As for local Ghanians’ reactions to how the United States is handling the pandemic, views have been mostly negative, strongly criticized the government and their poor leadership on the public health crisis. “They criticize Donald Trump. However, I believe the criticism is mostly due to immigration laws, not really the handling of the pandemic itself. Speaking with many of my African sources throughout the continent,” explained McCrorey.

“Many of the African scholars, journalists, and public figures I have conversed with or studied during this time believe this is an opportunity for African countries to establish independence from imperialism. Many believe Africa should lead their own coronavirus prevention campaign and stop relying on the West, and a new term I am getting familiar with specifically using the name the Northern Hemisphere.