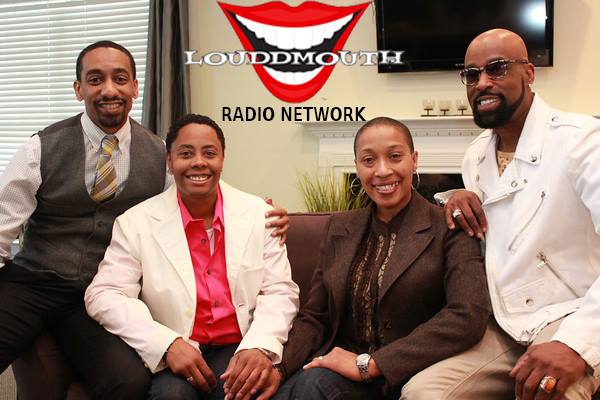 One of the most notable black-owned online radio networks in the country is celebrating its seventh anniversary.

Since its conception in the Metro Atlanta area in 2013, LouddMouth Radio has served up unscripted and unfiltered shows centered around discussions about entrepreneurship, real estate, politics, entertainment, LGBTQ topics, and self-improvement. Founder and Producer Sonny Jones-Smith, along with her co-host and spouse, Jazzie Jones-Smith, have spent their career interviewing hundreds of special guests ranging from high-profile celebrities, local entrepreneurs, government officials, and bestselling authors from around the world.

The network has garnered recognition on a national and global scale, In April 2017, Georgia representative Keisha Waites and the Georgia Secretary of State recognized LouddMouth Radio Network on the capital floor as an “Outstanding Georgia Business & Goodwill Ambassador.”

“Steady growth and audio branding is the concentration,” Sonny says. “Small businesses look to leverage their brands with platforms that can create effective and obtainable marketing that can create ongoing opportunities for higher returns of investment. LouddMouthRadio.com originally launched in January 2013; each year we worked diligently to advance our network, we integrated media and marketing into one platform which allows a small budget to receive repeat usage of their content.”

For its seventh season premiere, the network has launched its newest show—Off The Market—which discusses issues in real estate. It’s most popular show is T.E.A Time, also known as the Entrepreneurial Academy, an entrepreneur series focused on providing small businesses with a 30-minute minimum interactive interview segment to “audio brand their business” by educating, showcasing, and informing the customer base within their surrounding community.

LouddMouth now has access to more than 250 million active listeners spanning more than 100 popular platforms including Apple, Google, and iHeart radio. The network is part of the LouddMouth Brand, a conglomerate of marketing, media, and entertainment platforms.