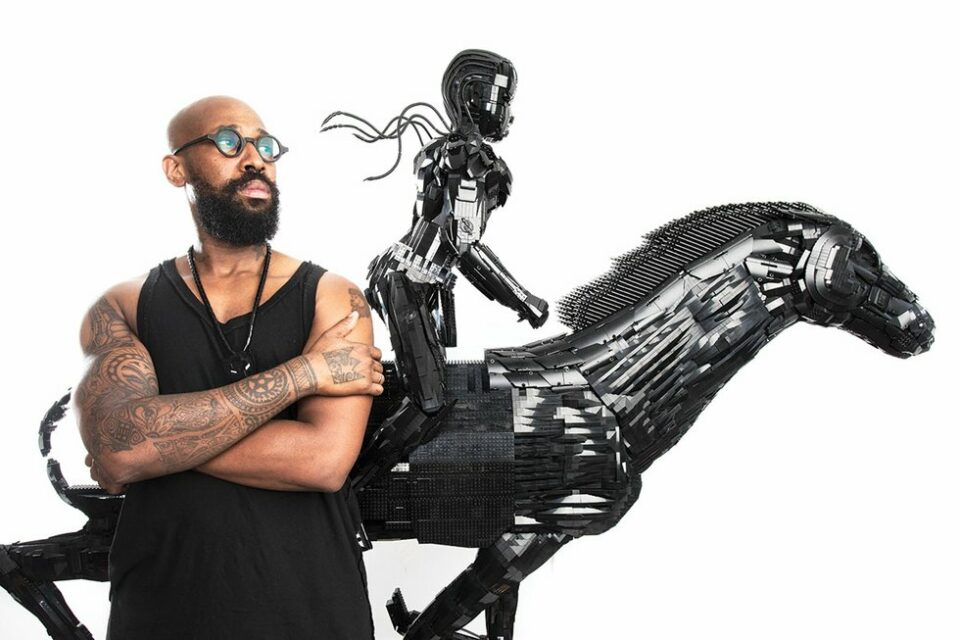 For 42-year-old Ghanaian Canadian artist Ekow Nimako, creating ‘unequivocally Black’ art with Lego bricks speaks to reimagination, acknowledgment of the past, and a hopeful, inclusive future.

“I’m making art,” Nimako told CNN. “This is fine art. It’s not a hobby; it’s not a toy, it’s not part of the Lego fandom, it’s not goofy. It doesn’t fall into a lot of categories that Lego creations fall into.”

His journey as a Lego sculptor began in 2012, two years before receiving a grant to showcase his work in Canada during Black History Month. Then he realized the purpose of his work, which now speaks to the futuristic approach to his art.

“I started realizing that not only did I enjoy making art with Lego, but it was important that I made Black art very specifically,” he said.

Nimako intentionally uses black Lego bricks for its “sophisticated” and sometimes “foreboding or haunting” color. Despite their features or what I may do with them, they’ll always be regarded as Black,” he said.

Nimako, who considers himself a “futurist,” channels Africa’s remarkable history and its powerful future, creating his sculptures with the infusion of Africanfuturism, Afrofuturism, and Afrofantasy. He sheds light on the experience of those on the African continent and African American experience of looking into the future, drawing from the past, and connecting to the continent. In his “Building Black: Civilizations” series, Nimako reimagines medieval sub-Saharan African narratives and explores medieval West Africa, and reimagines what it would look like 1,000 years in the future. The exhibition features a series of stunning sculptures built with over 100,000 black LEGO® pieces and can be found in the Aga Khan Museum in Toronto.

In 2014, Nimako made his first human sculpture, “Flower Girl,” which resembled the size of a six-year-old girl. It represented “the innocence lost of young Black girls that didn’t get a chance to be like traditional flower girls in the West — speaking to the girls that came here as a result of the transatlantic slave trade,” he said.

The sculpture, which is now touring the UK, has since then been enhanced with more Lego pieces and is now the size of an average 10-year-old.
Beyond the art world, Nimako continues his efforts to evoke utopia and more inclusivity. According to the artist, he looks forward to the February release of a Lego documentary chronicling his art story. He added, “the Lego Group has been really supportive of my work. After realizing what I do, there’s so much more that we’re going to be doing together.”
Get ready! The world will be seeing more of Nimako.