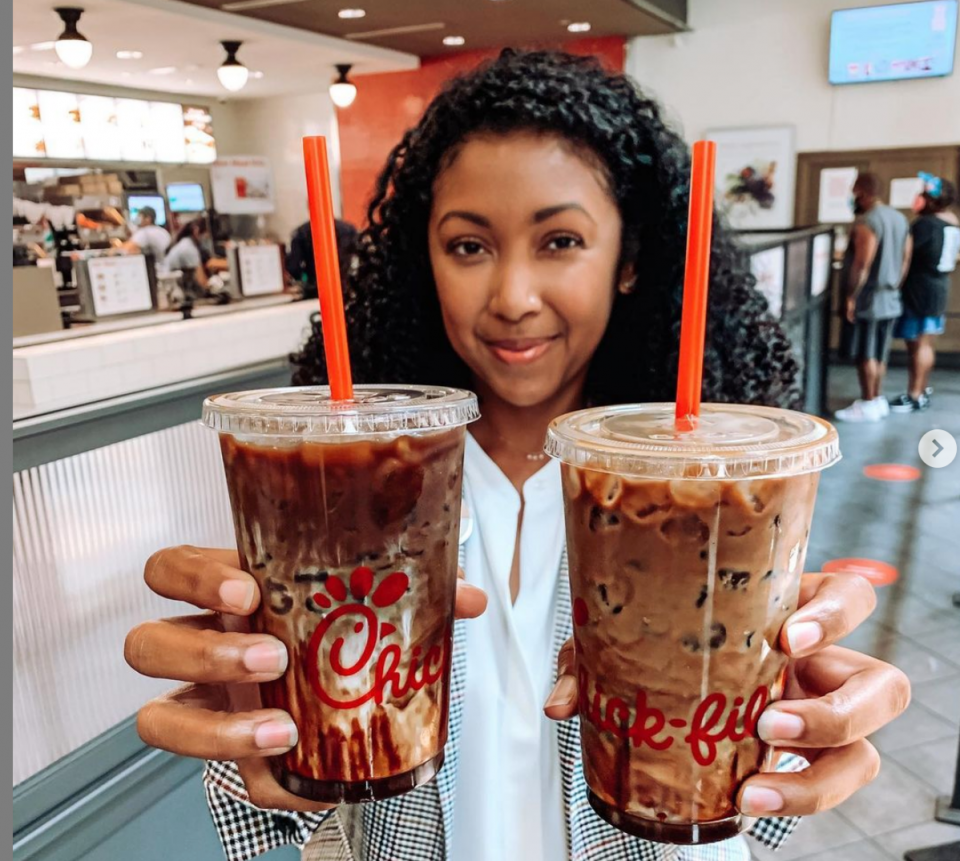 Ashley Lamothe started working at Chick-Fil-A when she was 15 years old to earn money for her first car purchase. Little did she know that she would become the youngest franchise owner in the history of Chick-Fil-A at the age of 26.

“Chick-Fil-A has been a part of my life since high school, so I don’t feel like I am making history,” Lamothe told Rolling Out. “That said, it’s really cool that so many people have been inspired by my journey and that feels like a huge honor.”

Lamothe was selected to open the first restaurant location in Los Angeles. Then, she opened her second location in downtown Los Angeles. With nearly a decade of experience as a franchise owner, Lamothe is focused on building a team of great leaders. Her mission is to help others obtain the same support that enabled her to tap into the possibilities of being a franchise owner.

Creating a Foundation for Success

Lamothe started her journey at Chick-Fil-A as a team member in Atlanta. She continued working at the restaurant as a director on the leadership team while attending Spelman College.

“At the time, I thought it was just a great job to have while pursuing my degree in theatre,” Lamothe shared on the company website. But working at Chick-Fil-A became a window into her future. One day, her restaurant Operator inquired about her long-term goals and recommended she consider leadership opportunities. This interaction inspired Lamothe to change her major to economics so she could build a solid foundation in business.

Lamothe adds, “I’d never considered it. Sometimes you just need someone to help you see your potential,”

After college graduation, Lamothe participated in the Chick-fil-A management and development program. Three years later, she achieved her goal of becoming a franchise owner.

Lamothe shared her best advice for other aspiring franchise owners with Rolling Out: “Gain work experience at a local restaurant. A lot of people say they want to own a franchise but have never worked in a restaurant. It’s hard, hands-on work and you really have to know what you are getting into.”

According to Lamothe’s website, she has traveled all over the world speaking to women about economic empowerment. In 2013, she traveled around Europe delivering business education on behalf of Chick-Fil-A. A year later, she led one of the first female-focused business retreats for franchise owners.

Lamothe continues to be a resource for individuals seeking to become a franchise owner. She serves on the Chick-fil-A Operator Support Council and provides tips on social media and her website.

Although Ashley doesn’t shy away from sharing the challenges of entrepreneurship, she also wants others to know that it’s possible to achieve their goals. “Sometimes, you have to just step out on faith. You’re never going to feel 100% certain about your readiness, you’ve got to just go for it,” Lamothe posted on Instagram. “I can’t emphasize enough that your journey isn’t going to be a straight path, but the results will be worth it in the end. I’m living proof that entrepreneurship dreams do come true.”