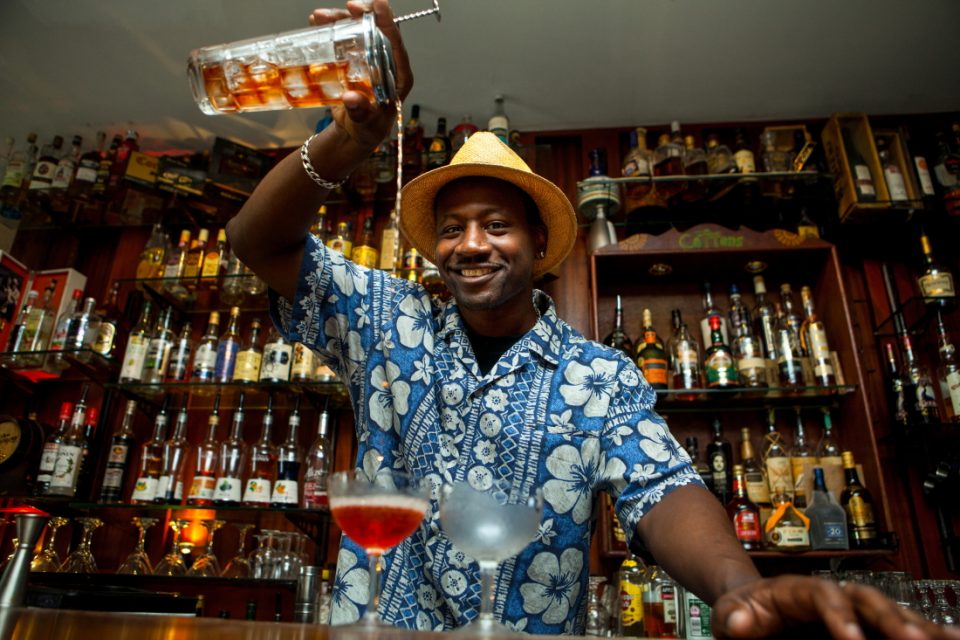 Image via Purple PR
Rum is considered one of the staple drinks of the Caribbean with different islands each specializing in a different blend of the famous spirit. Now one company is introducing a new kind of rum to the world with the first rum that blends African and Caribbean cultures, and he’s bringing it to the United States.
Global Rum Ambassador Ian Burrell is the co-creator of Equiano, a 100% natural rum that blends Mauritius culture and taste with Foursqaure, a Barbadian distillery known for its high-quality spirits, making it the first rum of its kind.
“Equiano is a world’s first blend of rums aged in Cognac casks in Mauritius, and Barbados rums aged in ex-Bourbon barrels,” said Burrell in an email Q&A with BLACK ENTERPRISE. “The two rums are ‘vatted’ and then bottled at the Foursquare Rum distillery in Barbados before being sent to the U.S.A. and the U.K.”
When it came down to distilling the blend, Burrell looked to the Foursqaure distillery and the Seale family to produce a high-quality product. “Richard Seale is not only an artist in the craft of rum-making, he is also a historian. So he loved the idea of bringing rum from Africa to blend with his own in Barbados. He also does not work on many projects barring his own, so when I asked if he would work with us on this amazing concept, he naturally said yes. “
The company is named after Olaudaj Equiano, a Nigerian-born writer, freedom fighter, and entrepreneur. Equiano’s memoirs were some of the first work published by a major publisher from an African writer, and his journey influenced Burrell when it came time to crafting his brand story.
“The name & concept for our Equiano came to us in a team meeting like divine inspiration,” explained Burrell. “We already knew that our unique rum must be a combination of rum from Africa and the Caribbean, and once we established that our ideals were the same as Olaudah Equiano, it was obvious to us that his story would be our story.”