This Milwaukee Business Incubator Is Bringing Black Woman Entrepreneurs Together 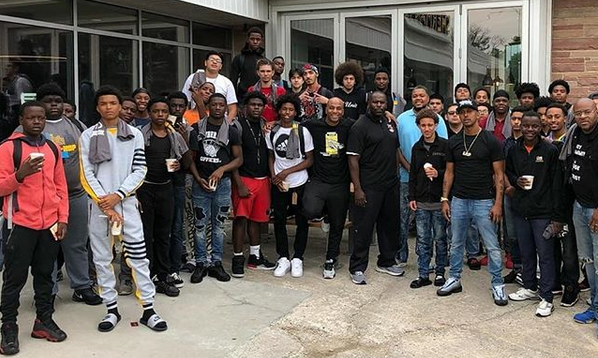 It is an interesting time to be a black entrepreneur living in the United States right now. With so many aspiring and established entrepreneurs moving to cities with more opportunities, some are staying behind to help those in their community achieve success with their businesses. A recent CityLab survey revealed Milwaukee to be one of the worst cities for black women to live and thrive while also ranking it among the worst cities to live for black women based on economic opportunity. For a small group of local entrepreneurs, one space is trying to change that.

At the Sherman Phoenix venue, a business incubator, over 30 restaurants and small shops open up their storefronts for potential customers and to utilize the space to set up new businesses on the north side of the city. Most of the people behind these new stores are black women. The neighborhood is no stranger to violence and the venue is dedicated to giving space to African American and minority business owners looking to create a business in their hometown along with the resources to help them succeed.

“We’ve been known to be one of the most segregated cities in the United States, and I think it does come with the territory, unfortunately,” says Adija Smith, owner of Confectionately Yours, a commercial bakery located inside the space to the Wisconsin Public Radio. “With the support of the collaborative organizations that do not see color, but they just see genuine people with genuine gifts and talents that can be successful coming together, then we can make that narrative louder.”

It’s no secret that it is notoriously harder for women, specifically black women, to secure funding for their businesses. According to the Kauffman Foundation, roughly 2% of venture capital funding goes to female entrepreneur. More than 20% of black entrepreneurs say lack of access to startup capital has impeded the growth and profitability of their business. “It is systemic and institutionalized racism and sexism,” said Nicole Mason, president and CEO of Washington, D.C.-based Institute for Women’s Policy Research. “It’s not one or the other. It’s both of those things at the same time.”

Sherman Phoenix hopes to level the playing field for black female entrepreneurs who don’t have access to startup capital living in Milwaukee while finding a sense of community with others who share the same vision.