This New Children's Book Celebrates The Versatility of Black Hair 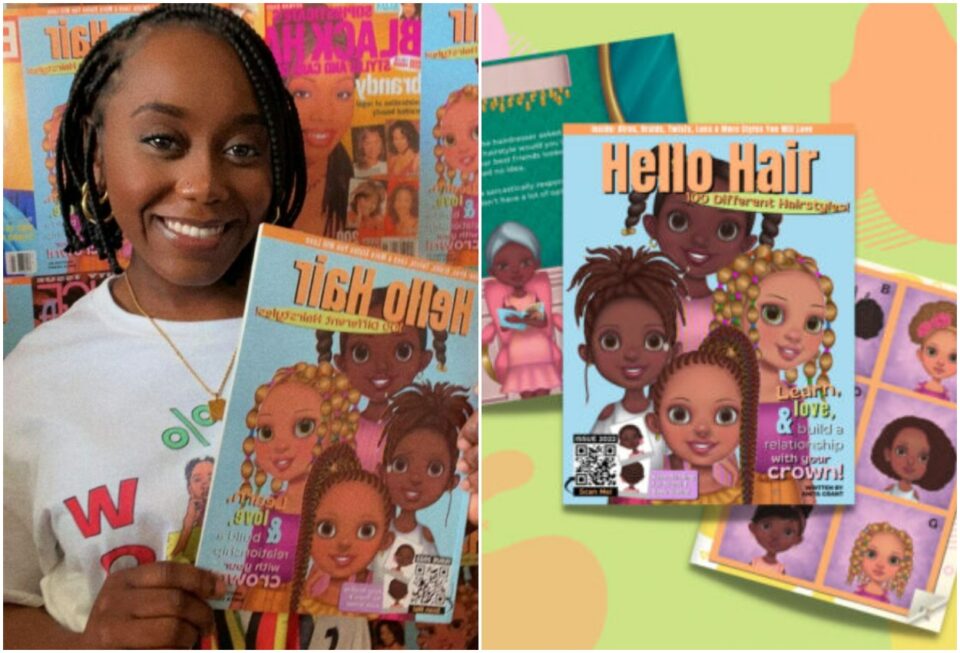 For Anita Grant, it took over 20 years to embrace and love her natural hair. The journey began when she became a mother to her first child, Tiana, and she vowed to intentionally raise her child to love her crown.

While recognizing the need to celebrate and honor Black hair, Grant decided to showcase the significance of self-love, liberation, and inner-child healing one page at a time. Hello Hair children’s book will be released on July 3rd, recognized as National Crown Day. The intention behind the release is not only to commemorate the movement but also to honor the CROWN Act — a law that prohibits discrimination based on an individual’s texture or style of hair.

The entrepreneur and writer told Forbes that the real motivation behind her children’s book is her daughter.

“So, at that same time, while I was exploring my hair, I also was expecting my first daughter, and the moment that I found out it was a girl, I knew it was my responsibility to break that cycle and make sure my daughter loves every single part of herself, especially her crown.”

Hello Hair begins as a short story of four young girls who spend the day at the salon. They are given the Hello Hair book after believing that there weren’t many options with their hair. Together, the girls learn just how versatile Black hair is as they flip through the selection of 100 featured hairstyles ranging from afros, braids, twists, locs, and more.

“I think when it comes to the lack of acceptance when I grew up, the lack of education, you were seeing no-lye relaxers, it was really Eurocentric beauty standards, and that was it,” Grant said.

Through visual representation, Hello Hair pays homage to the revolutionary Black hair magazine of the ’90s.

“It is inspired by the magazines that I grew up on, which this was the beginning of me seeing the versatility in range of Black hair,” Grant said. “Whether it was Essence, Ebony, Hype Hair, Sophisticated Black Hair, we kept the same flow with just a bunch of pictures on each page and tying in the two. So, the inspiration of the ’90s, but bringing it back to the new age with the illustrated pictures of the girls to gravitate the attention of the children today.”