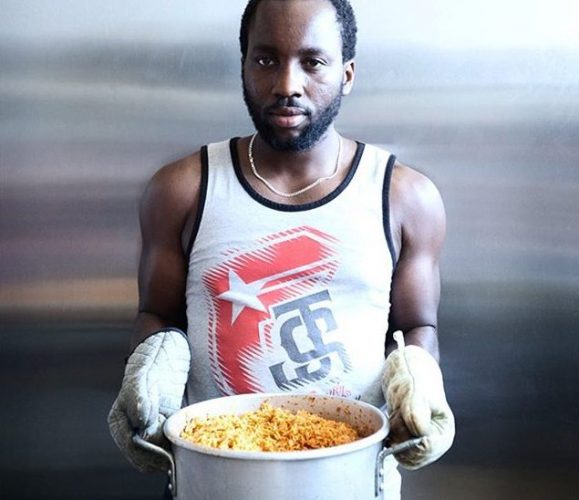 Can a single lunch change the way we think about the gap in racial and wealth disparity in America? Nigerian chef Tunde Wey, whose New Orleans pop-up stall has been the talk of the town, seems to think so.

At Saartj, Wey’s lunch counter at the Roux Carre center, he charges white people $30, more than double the $12 that persons of color are asked to pay.

“When I tell black folks what’s happening, 90 percent of them start laughing, like, ‘For real?’ They’re tickled,” Wey told the Washington Post. “White folks, there’s this blank —” he paused and laughed, “— this blank look. They’re like, ‘Huh, okay.’”

In New Orleans, the median income among African American households is $25,806, compared to $64,377 for white households, according to the Urban Institute. Nationally, the average wealthy black family makes $140,000 while wealthy white families make $919,000.

Wey told the Post that he shares those statistics with his customers and then tells them the price of their lunch. He said he expected few white people to pay the $30 for his Nigerian food but Wey said more than 80 percent of his white customers opted to pay the higher price. Wey found that black people typically said no when asked if they wanted a refund while some even tried to pay $30 instead of $12 because “they felt obligated to pay the higher price.”

“If I created the framework where I outline a problem that is indisputable, and I position you as an antagonist, and I give you a way to solve the problem tidily and be the hero — in the moment, anything other than the $30 choice becomes antisocial behavior,” he said.

Saartj is named after Saartjie Baartman, a black South African woman who, due to her large buttocks, was exhibited as a freak show attraction in 19th century Europe and nicknamed “Hottentot Venus.”

He said he designed the New Orleans social experiment to study people’s reactions to it. He enlisted a researcher from Tulane University, who “devised an exit interview” that allowed Wey to understand people’s reasoning behind the amount they chose to pay.

Wey won’t be keeping any of the profits to himself. He told the Post that all the profits will be redistributed to his black customers who want it “regardless of their income or circumstance.”

While some people have been hostile, the majority have been willing to engage with him on the topic. He and his researcher have had conversations with many of the customers about the privileges, or lack thereof, that have informed their life decisions. The consequences of racial wealth disparity were perfectly illustrated, he said, by two men who came to buy lunch one day, one right after another. The first man, who was black, was from a rougher neighborhood, but had gone to a well-to-do high school one neighborhood over. He told Wey about how he was a good student and got into a prestigious university, along with his classmates who didn’t have grades as good as his. Other students’ parents paid for them to attend the university, but “he only got half-funded, so he had to go to a less prestigious school, which impacted him and the generation of folks to come after him,” said Wey. Next in line was a white man who gladly paid the $30. When Wey talked to that man about his education, he said that he had gone to a prestigious school because his father gave him a loan, and that he had the well-paying job he has now because of that university.