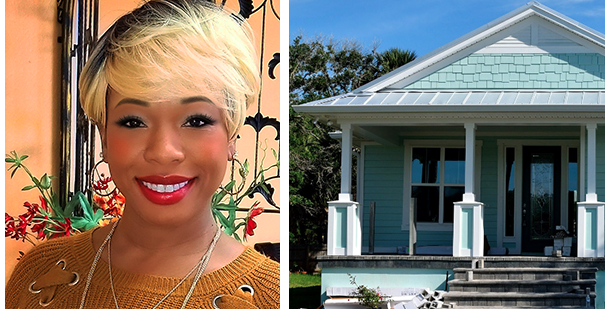 “The supposed ills of gentrification—which might be more neutrally defined as poorer urban neighborhoods becoming wealthier—lack rigorous support,” says Ron Daniels, president of the Baltimore-based civil-rights network Institute of the Black World 21st Century, to The Economist. “The most careful empirical analyses conducted by urban economists have failed to detect a rise in displacement within gentrifying neighborhoods.”

For major cities like New York City and San Francisco, the soaring costs of rent have made living in these places unaffordable, forcing many to leave and changing the makeup of historical neighborhoods. This shift has caused radical changes in the socio-economic makeup of places, erasing local cultures in the process. One entrepreneur decided to create an investment company to help long-time residents keep their homes in gentrifying neighborhoods in Texas.

Towanda C. Hammonds is the CEO and founder of Creative Financial Investments L.L.C., a real estate investment company based in Dallas, which helps homeowners who are in distress to get the relief and finances they need. Hammonds works to rehabilitate low-income communities affected by gentrification by purchasing and renovating properties to increase value to homes while redeveloping the entire neighborhood. Her objective is to create affordable and charming homes for local residents who don’t want to be priced out of their community.

The company focuses on providing easy solutions to help homeowners struggling to keep up with their mortgage and housing expenses, helping customers avoid foreclosures and homelessness in the process.