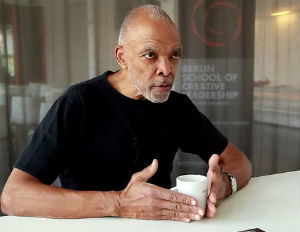 At theÂ first Black Enterprise Entrepreneurs Conference held at Disney’s Contemporary Resort in 1996, BE introduced the A.G. Gaston Lifetime Achievement AwardÂ – its highest honor for entrepreneurial excellence – by presenting the honor to advertising industry visionary Thomas J. Burrell, founder and CEO of Burrell Communications Group. The reason: Burrell’s “reputation for sharing his knowledge and expertise [as well as the fact] that he isÂ an inspirational leader of the African American community.” His stellar achievements were found to be in keeping with the tradition of the legendary business trailblazer in which the award is named.

Burrell became known as the “Dean of Black Advertising” after gaining a track record for breaking barriers within the media industry. He startedÂ his advertising careerÂ as a copywriter for Chicago-based Wade AdvertisingÂ and then Leo Burnett in the early 1960s. By 1967, he took a position in Foot Cone & Belding’s London Office, and when he returned to American shores a year later he quickly rose to become a copy supervisor at Needham Harper & Steers.

In 1971, heÂ decided toÂ launch anÂ agency with a partner, who would depart a few years later, and transformed it into anÂ advertising powerhouse.

“We had no secretary, one telephone, and three old desks, which we painted red, green and orange,” he told BE ofÂ the firm’s humble beginnings in a 2002Â interview. “I didn’t go to the bank to borrow a whole lot of money to openÂ a fancy space. The business wasn’t based on cosmetics; it was based on substance.”

ThatÂ philosophy and practice laid the foundation for theÂ agency to snare A-list clientsÂ like Coca-Cola USA and McDonald’s Corp., over the next decade.Â Burrell’s secret sauce: Industry observers credited him with theÂ creation of “positive realism,” developing targeted campaigns that reflected relevant, authenticÂ portrayals of African Americans in their use of clients’ products. As Burrell reportedlyÂ said:Â “Black people are not dark-skinned white people.â€

In 1985, BE reported that the agency won its first general-market account for Martell Cognac, using the trademark slogan: “I assume you drink Martell.” The tagline was originally created a few years earlierÂ for the black consumer market but was found to be much more effective in connecting withÂ all consumers than themes developed by the brand’s mainstream agency. That successfulÂ campaign, along withÂ others that year,Â ledÂ Burrell Communications to generateÂ billings of $50 million, becoming the nation’s largestÂ black-owned agency.

Even asÂ billings and accolades grew – Burrell Communications has been a perennialÂ on the BE ADVERTISING list and, during his tenure as CEO, named BE Advertising Agency of the Year in 2002 -Â  the firm’s intrepid leader relentlessly fought for industry-wide diversity and general-marketÂ opportunities for African American agencies. He also became a powerful advocate and mentor for a generation of minority marketers, advertising execs and entrepreneurs.

By the beginning of the new millennium, he soldÂ 49% of his firm toÂ French agency Publicis Groupe to fund growth and stay competitive as majority firms began to encroach on the multicultural consumer market. When he retired in 2004, however, he sold 51% of the firm to his managers and current Co-CEOs Fay Ferguson and McGhee Williams Osse, maintaining his commitment that the house that Burrell builtÂ would retain majority black ownership. Today, Burrell Communications ranks No. 3 on the BE ADVERTISING List with $35 million in gross revenue.

Even in retirement, this Advertising Hall of FameÂ inducteeÂ continues his campaign to upliftÂ African Americans. In 2010, he wrote the book, Brainwashed: Challenging the Myth of Black Inferiority, asÂ a vehicle toÂ illustrateÂ how words and images have been manipulatedÂ to reinforce negative views ofÂ African Americans nationwide – andÂ similar impressions blacks hold about themselves.Â Using his book as a platform, he developed The Resolution Project to promote intra-racial dialogue and a community-based, new media “stop the brainwashâ€ campaign.

As part of our countdown to the Black Enterprise Entrepreneurs Conference, which will be held in Columbus, OhioÂ May 14-17, our editorsÂ are developing a series of profiles of all recipients of the A.G. Gaston Lifetime Achievement Award – BE‘s highest honor for entrepreneurial excellence – for the past two decades. This year’s award will be presented at our BE 100s Awards Gala on Friday, May 16.