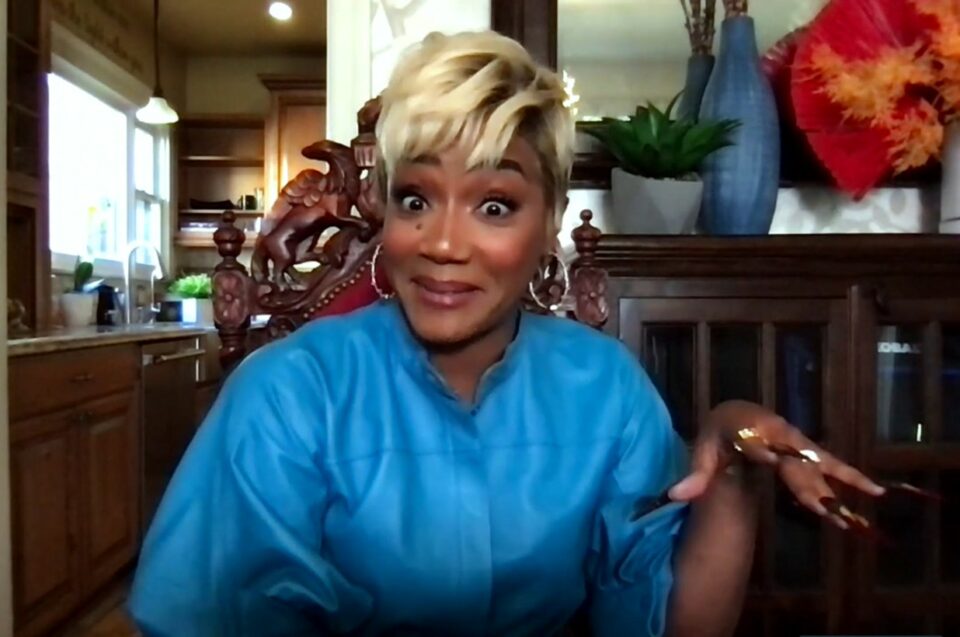 Actress Tiffany Haddish is opening up about her recent DUI arrest in Georgia and how the four arresting officers caught her by surprise.

The Girls Trip star appeared virtually on The Tonight Show Starring Jimmy Fallon on Monday, where she addressed her run-in with Georgia law enforcement earlier this month. Haddish stayed true to her comedic roots and turned the awkward discussion into a laughable moment.

“I can say this, Jimmy, I’ve been praying to God to send me a new man, a good man,” Haddish said while referencing her breakup with rapper Common. “And God went ahead and sent me four in a uniform. I wasn’t expecting it.”

Haddish was arrested in Peachtree, Georgia, on Jan. 14 around 2:30 a.m. ET after she allegedly fell asleep at the wheel, Page Six reports.

Once the audience’s laughter died down on Monday night, Haddish gave an update on how she’s handling her criminal charges.

“And now I got a really great lawyer, and we’re going to work it out,” Haddish explained. “I’ve got to get my asking of things to God a little better!”

Fallon told the Night School star, “Yeah, you’ve got to be a little clearer!”

At the time of her arrest, cops received a call about a driver dozing off behind the wheel. Upon further review, Haddish’s car matched the description.

Cops approached the comedian while she was pulling into the yard of a residence. She was subsequently transported to Fayette County Jail “without incident.”

Haddish didn’t appear to be in poor spirits when arrested. She flashed a smile in her mugshot before posting a $1,666 bond to be released from jail around 6:30 a.m. ET.

Fallon thanked Haddish for stopping by his show after she suffered the loss of her late friend and fellow comedian Bob Saget.

“Bob Saget, who was like a big mentor to me, a big brother, father figure — he meant a lot to me,” Haddish said. “He was the first white man to tell me ‘just be yourself. Just be who you are, Tiffany.’ “