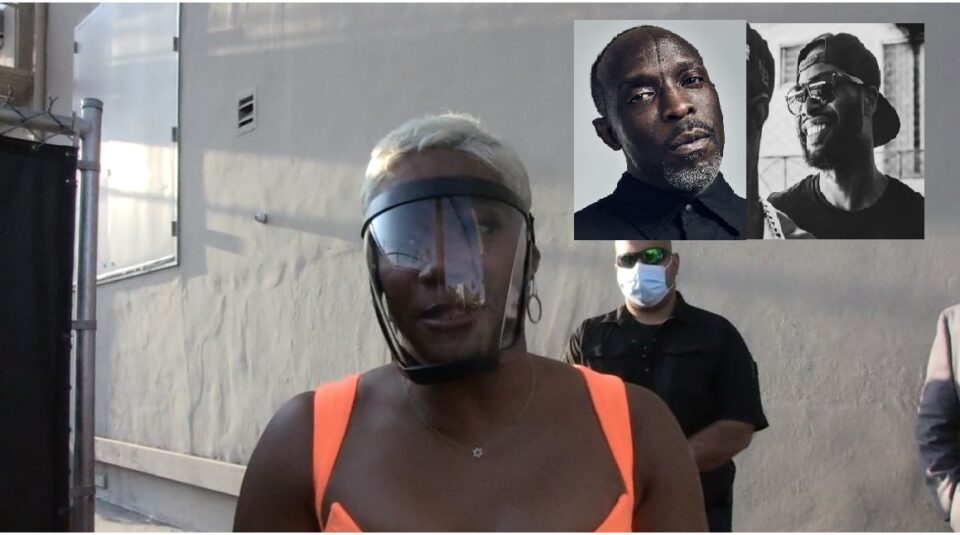 The recent death of two entertainers after the suspected use of the lethal drug fentanyl has gripped the entertainment world—and hit one star on a personal level.

After the deaths of stand-up comedian Fuquan Johnson and Boardwalk Empire star Michael K. Williams, actress Tiffany Haddish, who was friends with both men, had an emotional moment while speaking to TMZ.

The Girls Trip star gave advice to others who may choose to take drugs. She wants them to rethink that strategy so they won’t meet the same fate as her two friends.

“I don’t know, but there has to be another way. To anyone who’s using drugs right now, I would say, try to find another way. Talk about what’s going on. I don’t know what it feels like to do those drugs, but it must feel amazing. But there are other things that feel amazing, too, like accomplishing a goal,” Haddish said.

Over the weekend, Johnson was at an undisclosed home in Venice, CA, for an intimate party with a group of friends, including his ex-beau comedian/model Kate Quigley. Local police said the New Jersey native was one of three people who overdosed on a cocktail of cocaine and fentanyl. They were pronounced dead at the scene.

Shortly after midnight, police were called to the home. Upon arriving, they discovered Fuquan’s body and those of two unidentified people. Quigley was rushed to the hospital and is in critical condition.

On Monday, The Wire actor Michael K. Williams was found dead inside of his Brooklyn residence around 2 p.m., according to the New York Police Department.

Williams’ death of an apparent drug overdose has sparked a criminal investigation, with police trying to locate the drug dealer. Police officials believe that the drugs were heroin-based based on the drugs found at the site of Williams’ death.
Although an official autopsy has not been done yet, speculation is that he may have died through the use of drugs. A toxicology report, which could take weeks, should provide much-needed answers.