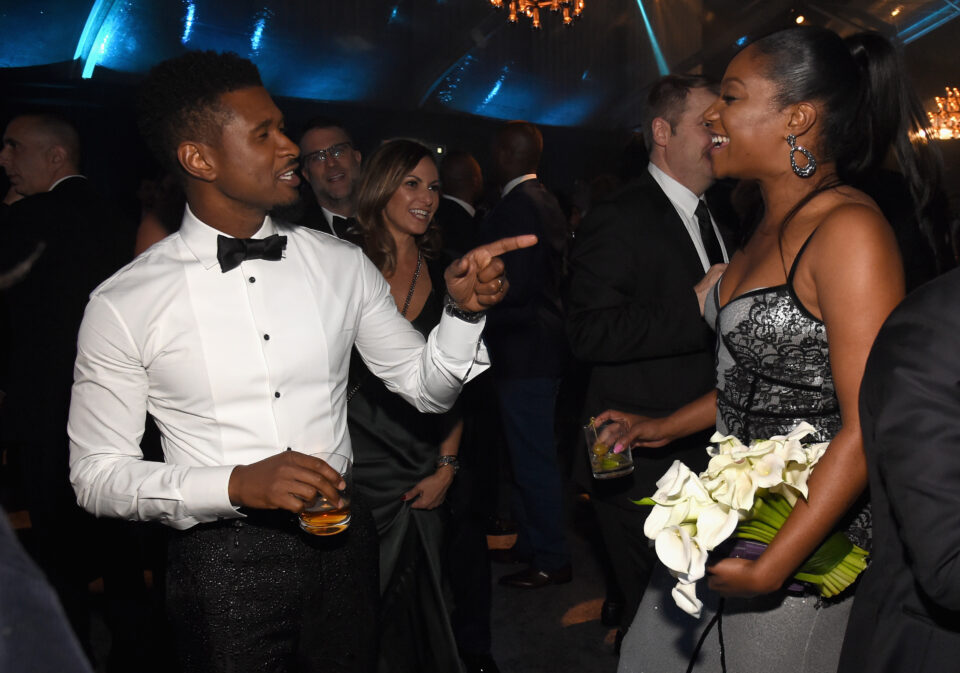 Comedian Tiffany Haddish feels no shame about joking about her fellow celebrities right in front of their faces and recalled the time Usher was the butt of one of her jokes.

The Girls Trip star recently dished on the challenges of being a celebrity comedian, especially when you have to crack jokes on famous faces who might be seated in the audience.

“I check and verify with people,” Haddish told Cosmopolitan. “If I can’t say it to your face, I shouldn’t be able to say it. Period. That’s how I draw the line.”

Haddish recalled when she joked about Usher’s 2017 STD scandal where he was rumored to have herpes.

“I got this joke, ‘I curse you out with joy. I hope that you spread it. I hope you spread it like Usher spreads herpes.’ I have said that in front of Usher,” Haddish said.

But the Night School star says if Usher had given her a different response, she would’ve respected his wishes and refrained from repeating the joke.

“If he had said, ‘Tiff, don’t say that no more. I don’t like it. I’m not comfortable with you saying that,’ I would stop saying it,” Haddish said.

Haddish actually doesn’t think it’s hard to be a comedian. Instead, she believes the changing times have just made comedians work harder to create clever jokes that don’t offend particular groups of people.

She recalled when standup comics “could be reckless” with their jokes “and try to figure it out” in real-time. Now, “you have to actually write and be clever and not come from a place of hate.”

“I think you can say what you want. It’s about how you go about things,” she said.