TikToker Claims A Voicemail Greeting Blocked Her Chances At Getting Hired 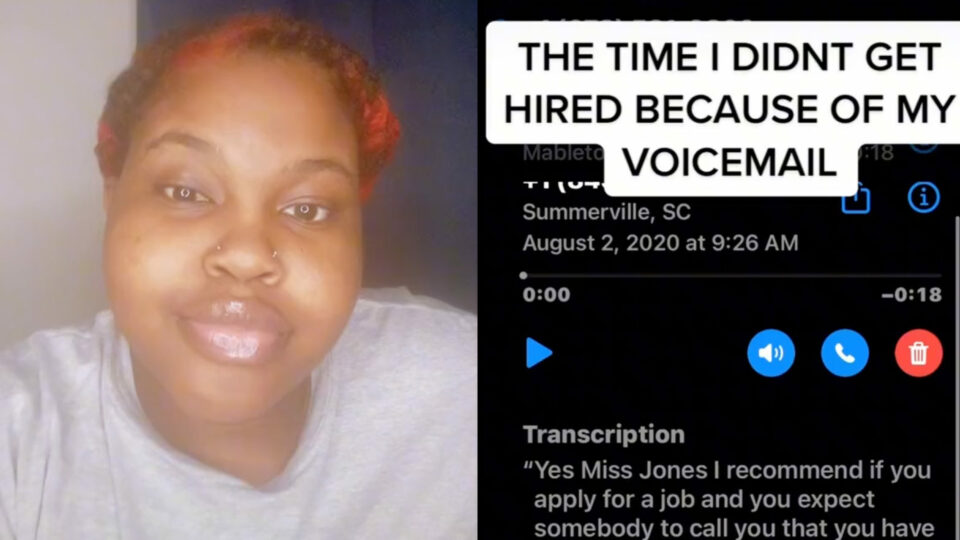 Awaiting the call from a potential employer is daunting enough, but for Zanaya Jones her voicemail greeting may have cut her chances at being hired.

Jones, an avid TikToker, has nearly 9,000 followers and a profile of comedic videos. According to the Daily Dot, she recently posted a TikTok claiming she was in fact not hired because of her voicemail greeting.

“The time I didn’t get hired because of my voicemail,” Jones captioned the video of the potential employer’s voicemail to her.

“Yes, Miss Jones, I recommend if you apply for a job and you expect somebody to call you that you have a more appropriate response on your voicemail,” said the prospective employer, as per the TikTok. “So thank you for applying, and no need to give us a call back.”

In response, Jones posted an additional TikTok with her greeting enclosed.

“It’s your girl Zanaya… I’m sorry I couldn’t answer the phone. Please leave your name and number, and you know all that,” Jones conti.

In just a few days, the video accrued over 5 million views and counting. Some commenters described her greeting as childish, while others didn’t find anything derogatory that could affect her getting hired.

“Are you serious? He’s acting as if you’re using a bunch of foul words, it’s literally your personality,” one user said.

“That’s your PERSONAL phone. Not everybody has a cell and a work phone,” another added.

Numerous TikTokers chimed in with conclusions that Jones may have gotten lucky.

“It’s nothing wrong with your voice mail? Lmao it’s a good thing you didn’t get the job they sound picky,” one wrote.

“You dodged a bullet. That guy has 0 personality,” another user wrote.