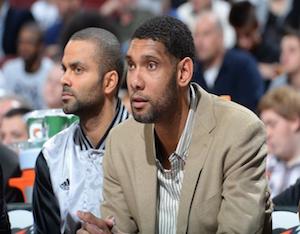 San Antonio Spurs superstar and NBA champion, Tim Duncan, has already climbed the mountain in his attempt to capture another Larry O’Brien trophy. Now, the big man power forward will do his part to eliminate cancer.

Duncan, 38, has reached into his pockets to donate $247,000 to help fund the San Antonio 1000 Cancer Genome Project. Created in 2012 by Aimee J. Locke and Lon S. Smith, the organization is a joint project that involves more than 200 surgeons, oncologists, and cancer researchers from a broad spectrum of affiliations.

Seeking to overcome the institutional barriers that currently fragment cancer research, Tim Duncan’s participation is more personal, as the five-time NBA champion has lost both his parents to the disease. “The idea that a group of cancer researchers were willing to set aside egos, to make the information freely available and work strictly for the greater good of curing cancer was exactly the type of cancer project I was willing to support,” Duncan said via press release.

Duncan’s contribution was made in part through both the Tim Duncan Foundation and Blackjack Speed Shop.