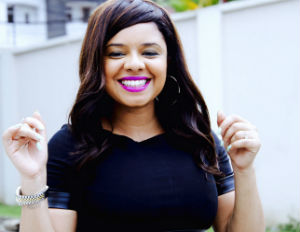 When it comes to jobs, it’s always great when a temp situation you enjoy—both personally and financially—becomes a permanent step in the right direction. Such was the case for Susan Younis-Khobane, a TV producer and director, who after landing a gig working for MTV in the U.K, has launched a successful international freelance career.

Her leap took her to Nigeria to work for a project for MTV Africa. She has since gone on to become a senior producer for MTV Base in South Africa, relocating there not only for work but for love; marrying her beau, business executive Gideon Khobane, and starting yet another adventure in South Africa: becoming executive producer and brand manager at Viacom.

The British-born multimedia professional holds dual citizenship, having been born in Lagos, Nigeria, and raised in the U.K., and she has also founded her own platformÂ MsYouTVÂ covering pop culture and entertainment news and issues for the African disapora. On the heels of her completing her latest ‘boss move’–one involving a huge opportunity at NBC—Â BlackEnterprise.com caught up with her on tips that helped her in turning a freelance gig into something that has grown legs and surpassed what she’d ever imagined.

Do your homework on opportunities with companies you’re currently working with that will take you global.Â “You have to have a definitive plan and know what you’re getting into when you take on assignments with companies,” Younis-KhobaneÂ says. “Once you’re overseas on a project, network with people in that country who are part of that network.”

Tell your story visually using social media and YouTube.Â “People may be drawn to it since you’re from another country,” she says. “Be open to other cultures but also share things about your own. YouTube is a great way to showcase who you are, your skills and what’s special about you that could be of benefit for freelance work in other locales.” Tutorials, vlogs and examples of your work, especially if you’re in media, are essential in attracting global opportunities, especially since it’s easy and inexpensive to connect with people overseas via the Web.

Never take for granted the permanent relationships that can be made, even in a temporary situation.Â “I was freelancing for MTV when I came to Africa, so I kept building relationships in order to be on people’s radar for other gigs that could come in the future.” Stay connected with colleagues, family and your social media network in neighboring countries to expand your reach. Â Keep building your network—both personal and professional— during your travels. It’s definitely a small world after all, and we’re all more connected than we realize.

If you can, tailor your skills for what the market needs in that country. Get to know the trends, the ‘who’s who’ and where there might be a void. Be creative in how you present what you offer or your way of approaching what you offer. “If you’re creative, it’s time to come home! I always feel at home and everyone’s very welcoming.”