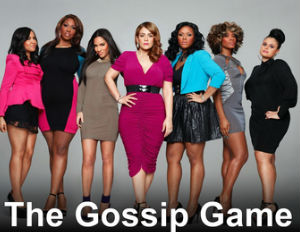 VH1’s “The Gossip Game” follows seven urban media professionals, as they navigate their way through the New York entertainment industry. From Power 105 to the Source Magazine, these women are on top of their game. However, there is a lot to be learned from how these women interact with each other both personally and professionally.

Last night (April 1) marked the beginning of VH1’s latest reality show, “The Gossip Game,” which follows the lives of seven women behind the chatter of some of hip-hop’s biggest names. While the show takes a behind-the-scenes look at hip-hop’s rumor mill and the women that run it, BlackEnterprise.com details what it takes to make it as a businesswoman in a “man’s playground.â€

Here are five career tips from last night’s episode of “The Gossip Game”:

1. Push buttons. According to up-and-coming journalist Jas Fly, following professional protocol to get things done doesn’t always work. And in this business it usually doesn’t. Sometimes you have to push a few buttons and go around the rules to get the real scoop.

2. Learn to handle your beauty well. “Every beautiful journalist catches hell,â€ at least that’s what media mogul Russell Simmons says, and it’s true. Sharon Carpenter is a beautiful, British-born broadcast journalist “with a New York attitude.â€ She fits the light-skin-long-hair hip-hop stereotype for the perfect woman; so it’s only fitting that she catch a little hell, right? Wrong. But to make it in the entertainment industry a gorgeous woman must have tough skin because the comments are never going to stop.

3. Work from home. Kim Osorio is the Editor-in-Chief of The Source magazine, and an unforgettable name in hip-hop. But she didn’t get to where she is today by putting all her work down at five o’clock each day. If you want to make it in this business, sometimes work has to be done outside the office after the sun goes down.

4. Keep your superior in the loop: K. Foxx is one third of Hot 97’s morning show, and a powerful voice in hip-hop radio. But no matter how high someone is, he or she typically always has a boss to report to. When it comes to this industry, it’s necessary to always keep your superior in the loop. If you work for a power house (no pun intended), and scheduled to do an interview, don’t tell the person above you after the fact. The damage could be irreparable.

5. Plug your brand: According to Twitter, and “The Gossip Game” cast, not many people knew who Vivian the blogger was, nor knew much about her blog, hiphopgossipsite.com. But tonight, Viv proved if you can plug your brand every chance you get, people are bound to remember it.

Check out the rest of the series: